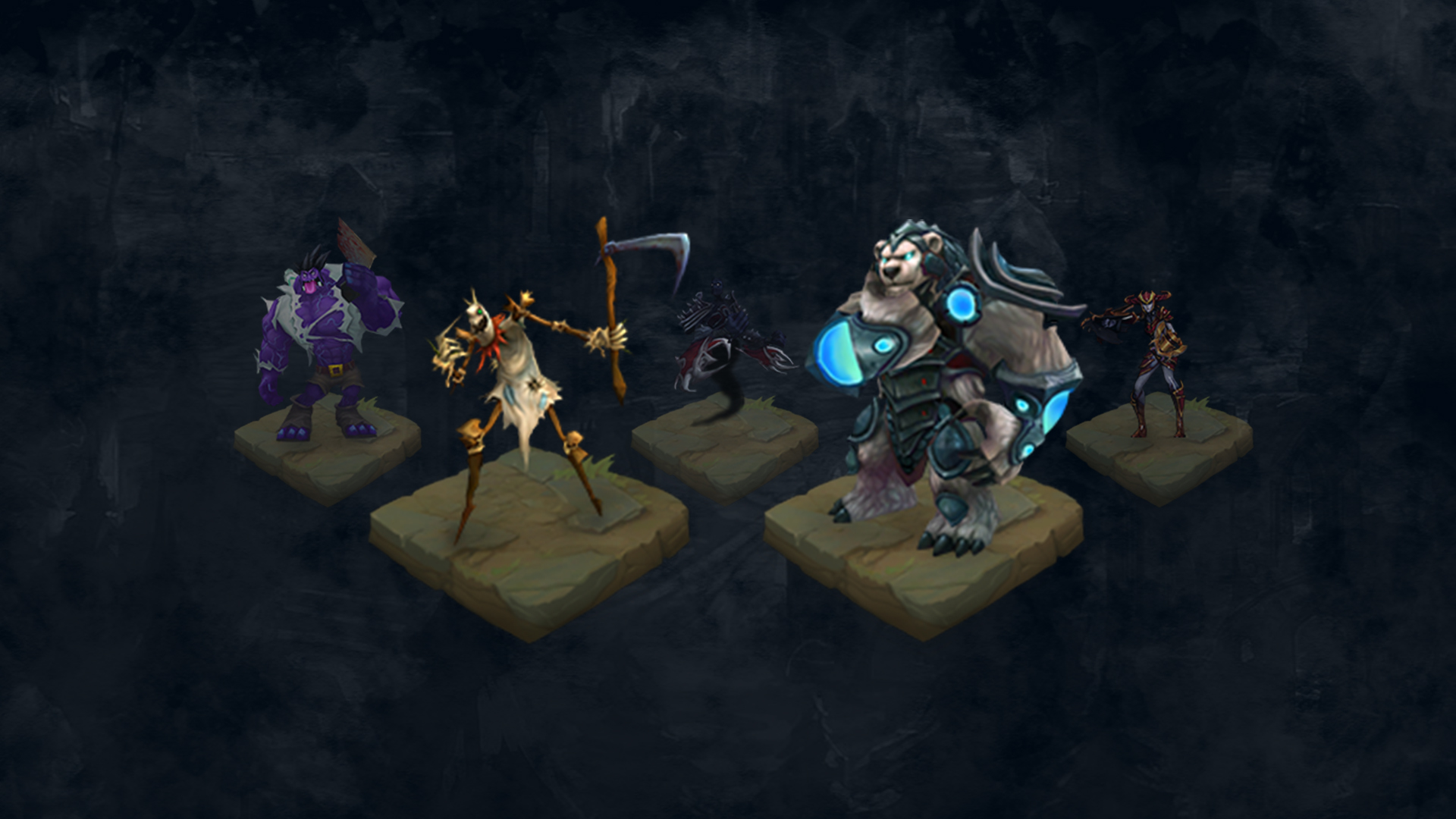 And the winner is…

We asked you to choose which champion you’d like to see updated in 2020, and the results are in. After millions of votes from players around the world, the winner is…

The vote was SUPER close between the two, with Volibear just bearly edging out Fiddlesticks. (In some regions, the vote difference was less than 100.) This is why we’ve decided to start both Fiddlesticks and Volibear VGUs!

We also saw that there are a lot of players who’d love for us to update Shyvana—she was the 3rd most voted for champion across all regions, and was actually the number one candidate for an update in China. The votes are loud and clear, saying a Shyvana update would be welcome, and we’ll keep that in mind when we choose which champion to update after Volibear and Fiddlesticks.

Now let’s talk about next steps. As we begin working on updates for both Volibear and Fiddlesticks, we want to be as transparent as possible so you can follow them on their journeys. There won’t be as frequent or consistent of updates as there were for the recent Little Demon Tristana campaign because champion development takes much longer and can progress at varying speeds, especially depending on how early exploration goes.

All champion exploration—whether it’s for a new champ or an update—starts with a small team consisting of a gameplay designer, narrative writer, and concept artist. They work together to explore different directions to see what feels right for the champion. This lets us narrow things down to the best possible core direction. For now, we’ll introduce that core team, but as we enter later stages of production and more developers jump on, we’ll hear from them too.

Nathan “Riot Lutzburg” Lutz, Gameplay Designer: Volibear is one of my most played champions, so I’m thrilled to work on him! My goal is to preserve the spirit of current Volibear, allowing him to do cool bear things like chase down and maul his enemies. I’d also like to integrate his “thunder god” aesthetic into more of his kit while finding new ways to explore the bruiser role. Insert bear pun here.

Justin “RiotEarp” Albers, Concept Artist: I’m very excited to get to help bring new life to League’s ferocious bear champ. I’ve been thinking about a Volibear VGU for a long time, and I know we’re going to do his current design justice while creating something new and exciting for him. We have a lot of unique ideas that I’m already doodlin’ and noodlin’ on, and I hope Volibear mains follow along and get as hyped as we are. Time to get to work and bring the thunder! The Freljord calls! 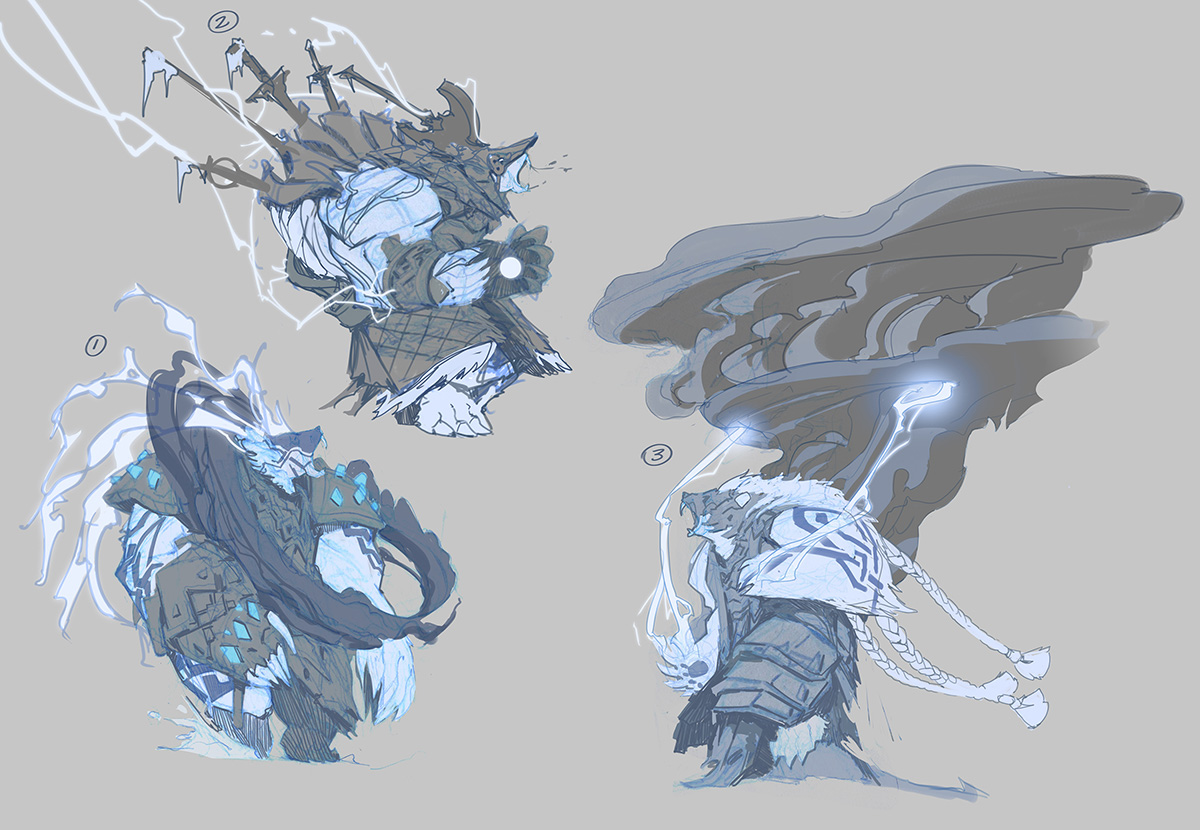 Rayla “Jellbug” Heide, Narrative Writer: I can’t wait to dig my claws into Volibear’s story. I’m excited to show how he exemplifies this untameable, tempestuous force as the unforgiving leader of the formidable Ursine. In the Freljord, wild nature can be just as dangerous as magic, and Volibear embodies both elements to a frightening degree.

Blake “Squad5” Smith, Gameplay Designer: We’re doubling down on Fiddlestick’s identity as THE iconic ambusher in League. Catching enemies by surprise is the true art of playing Fiddle, and we’re testing new tricks and ways to terrify his opponents.

Sunny “Kindlejack” Pandita, Concept Artist: I’d like to say a HUGE thank you to everyone who voted for Fiddlesticks! He’s been tied with Rumble for my favourite champion since Season 1, and I can’t wait to help bring him up to modern standards. When I joined Riot, I hoped to one day be a part of this exact project, so I’m excited to deliver the update we’ve been having terrifying dreams about.

In fact, I’m so excited that I’ve already been scribblin’ in my sketchbook, exploring a pretty radical range of directions that we could take the Harbinger of Doom. Am I afraid? Yes. I’m afraid this update is going to be so spooky we’ll have players who would rather ff than face their fears. 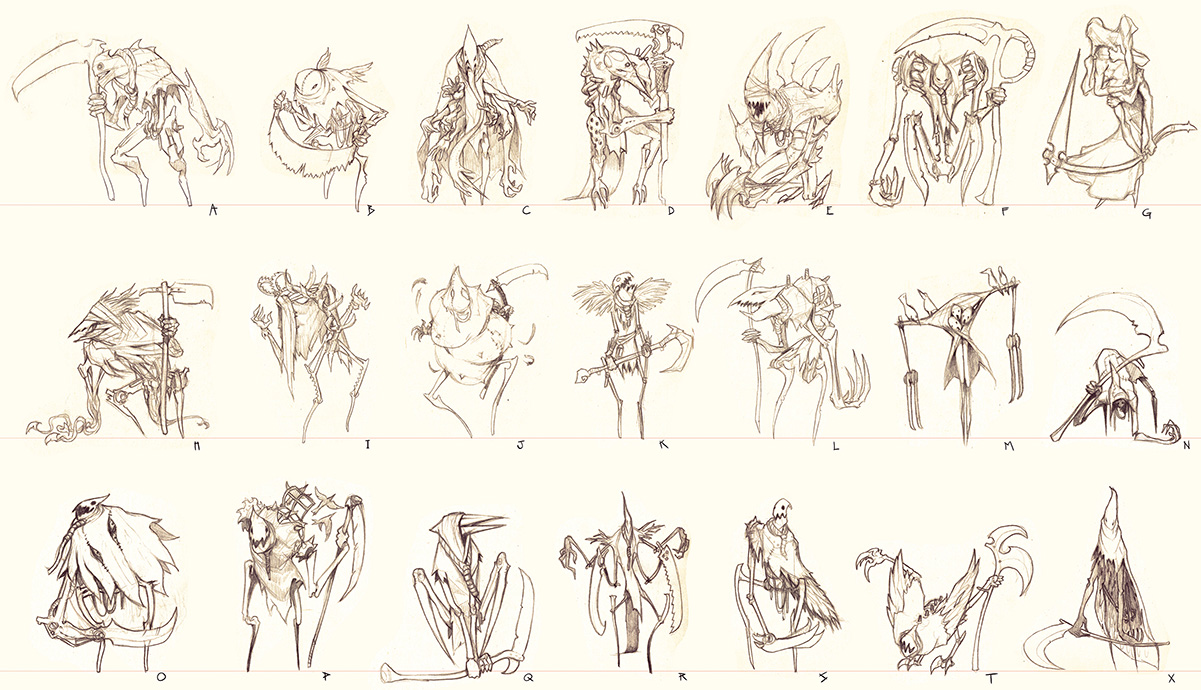 Jared “Carnival Knights” Rosen, Narrative Writer: I want Fiddlesticks to be the most terrifying champion in the game, without exception. He begs questions like, “What is a scarecrow? What is the facsimile of a person, and why does it move around? What compels it to kill?” There’s a deeply unsettling logic at work within that champion, and I’m excited to drag it out and give it new, monstrous life.

There are of course sillier elements of Fiddle, and I have the strangest feeling these will be embraced and celebrated using his skins. A surprise-party-birthday-clown feeling.

Thanks again to everyone who voted. We’re super excited to start working on Fiddlesticks and Volibear, and we’ll be back later this year with more details on their progress. Let us know what you think about the champions and their early explorations in the comments!