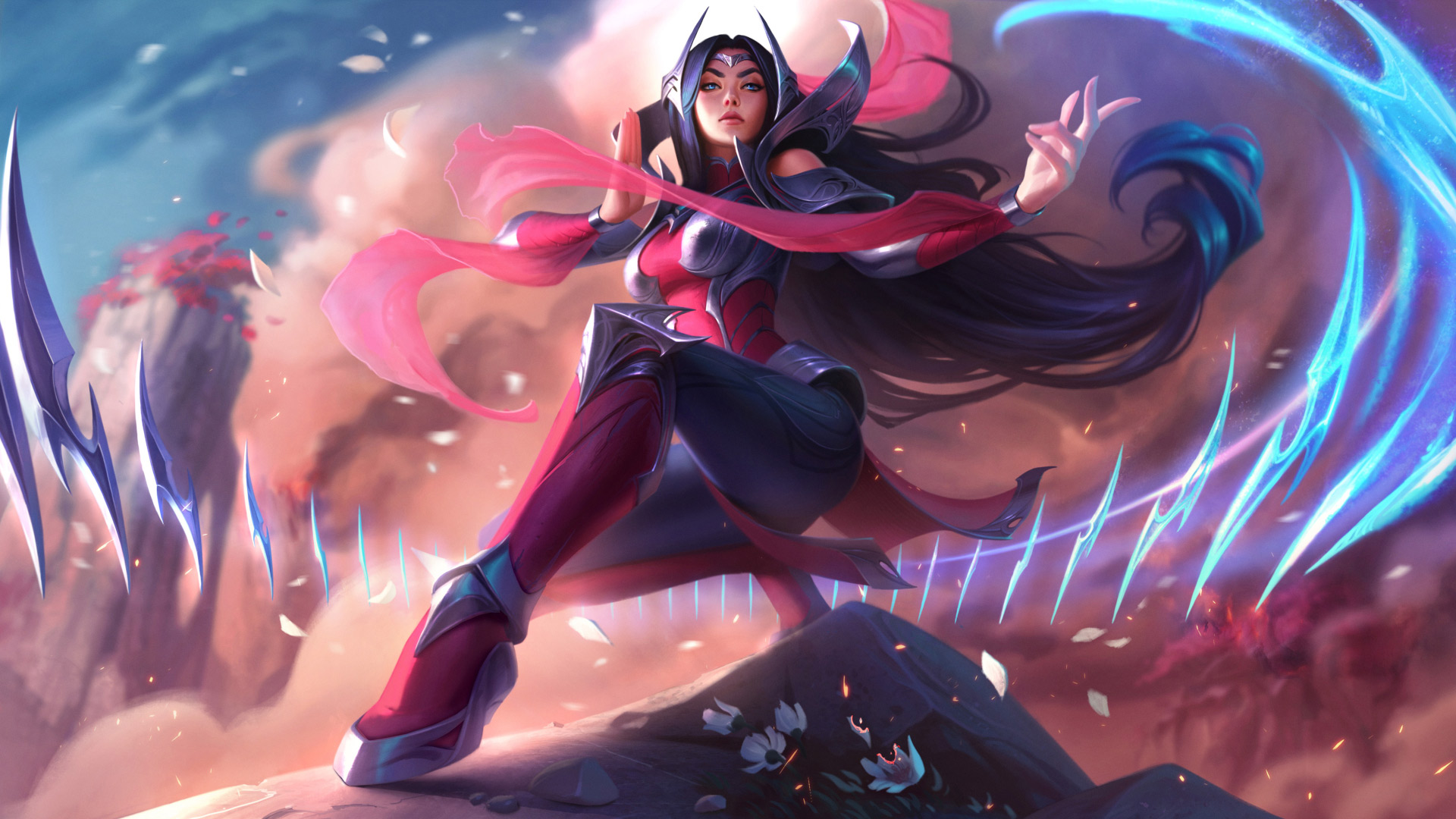 Hey all! A hefty batch of Irelia changes hit PBE this week, and I’m here to walk you through the journey:

Irelia is a bit of a hot mess. She’s a lane-destroying counter god, but falls off later like a brick taking swim lessons. Her W doesn’t feel great. She’s so powerful in the hands of pros that the rest of you are playing a champ whose winrate is usually... rough. We wanted to smooth out her power curve, make her kit feel a little better to play, and tap her power down in pro play.

I had some ideas for how to get there, and went to the Game Analysis Team (a bunch of high MMR players and ex pro analysts who playtest and polish the stuff designers make) to gut check them. I also chatted with Irelia's VGU designer about Irelia's strengths and weaknesses, as well as which parts of her kit are really exciting and what falls flat. Based on those discussions, I had two initial goals. One: See whether we could lower Irelia's early power to nerf her in pro, or if "dominate lane at the cost of late game power" was fundamental to what makes Irelia exciting. Two: See if adding a new effect to W would make that spell feel more exciting and worth using.

Dropping her early durability and passive strength was successful for goal 1. In pro, live Irelia wins by crushing the early game so hard that she's too far ahead to ever fall off. This version struggled to achieve that same level of autowin laning since she couldn’t gigachad statcheck half the roster, but she still felt like Irelia when she earned an advantage. The second change was dicier. In this test, max-charge W applied Q's mark to all enemies hit. A perfect W could mark all five opponents, which was really freaking exciting for Irelia's fantasy of zipping and dashing through fights. It was also really really messed up. Even just in lane, she could charge W and whack you, mark you, then kill you. W was definitely worth casting, but too much so.

Onto round two where W healed Irelia for every enemy hit, scaling with charge time. This was still exciting, but not nearly so much as the mark. It also shoved Irelia too hard into sustain. This convinced me to reassess whether the spell actually needed an extra effect.

For iteration three, I took a step back to look at more than just W. One of Irelia's mechanics I knew was problematic, but had been reluctant to change, was E timing. In experienced hands on low ping, E is a zero-counterplay stun. On high ping or for regular players, though, hitting the stun is a decently interesting challenge. I knew this was going to hurt, but I had to try it. I changed E's blade travel time from variable to fixed: No matter where you tried to cast a blade it would always take 0.25 seconds to get there.

This definitely stung experienced Irelias. A unique combo was gone and the spell was less responsive. That always sucks. But going back to our goals, it helped level the playing field between pros and everyone else, and bought even more room to make W satisfying. For v3, I buffed W's damage and DR, and brought back its magic damage reduction! The button felt like a powerful defense again and honestly, that’s all it needed to be.

We had leftover power budget to spare (that's how warping insta-E was), so I had a few more things to try. First: Going back to a 4 stack passive. Irelia’s passive is really unforgiving at 5 stacks: Without minions around, you have to hit every ability to get to 5, and below that you just don’t deal damage. Getting back to 4 stacks was a substantial accessibility improvement and didn’t heavily cut into Irelia's mastery or fantasy.

The last story to tell is about R's Q-cooldown-reducing passive. Irelia’s supposed to be a battle dancer wooshing through teamfights taking people down and prancing around, but one double tap Q and you’ve got lead in your pointes. I wanted to let her live out her teamfight dance fantasy, so we tested each R rank giving her basic ability haste. That got pretty messed up with multiple W's and E's in a fight, but it was perfect for Q so we just converted it into a flat reduction.

After that, a few touches of art and sound, and wham, we have a spruced up Irelia we think can be playable even after Baron spawns, and isn’t just for pros.