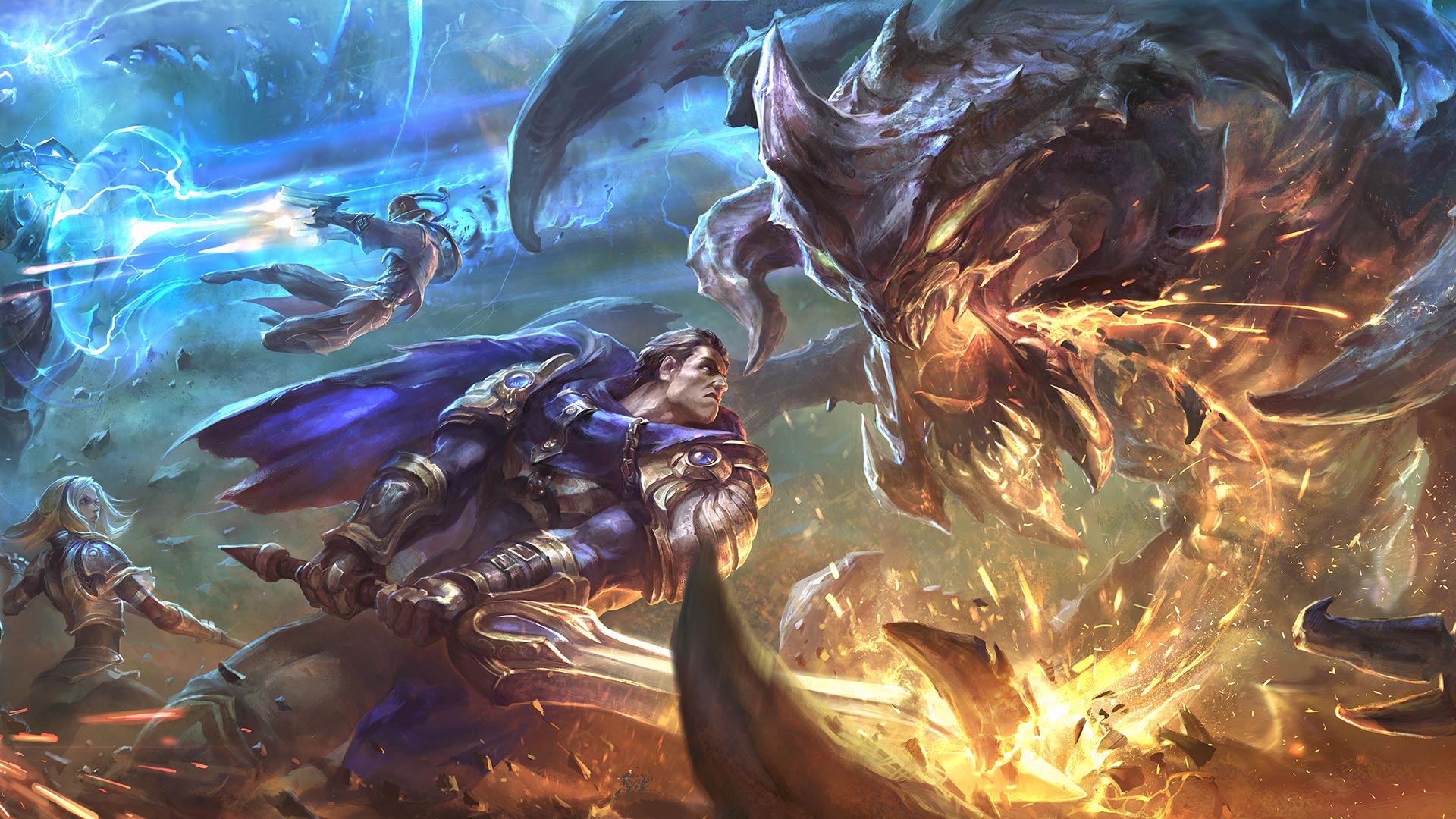 Okay, this is a long one. We've got a big list of small tweaks to bring more razzle dazzle as we gear up for Worlds! We think the meta’s at a good place, so we’re carefully mixing things up without throwing caution to the wind (although Yasuo’s down there somewhere…).

This means we’re bringing up the zhuzh, from marksfolks (Miss Fortune, Lucian, Tristana) to junglefolks (Evelynn, Hecarim, Skarner). Which also means we’re un-zhuzhing those who have been omnipresent picks (Karma, Syndra, Volibear) to open up their counterpicks and to give their enemies more chances to retaliate.

We’re also tidying up some champions by giving them more cohesive identities and sharpening their strengths, while giving others more clarity in their kits.

Finally, on a housekeeping note, the dev team is taking some AFK time in the near future. For League, this means 10.16 will last twice as long as a normal patch and we'll be skipping patch 10.17. We're planning to ship a set of balance changes around the time 10.17 would have launched, though, so keep an eye out for those details. The next full patch will be 10.18!

So zoom your way down—and once you’re well-read, you’ll be well-ready to take on the third ranked split of the season, the world, etc, etc.

BARD R BUGFIX Fixed a bug where Yone would be unable to take any actions until death when Bard's R - Tempered Fate would hit him during the window between Yone's E - Soul Unbound casts. 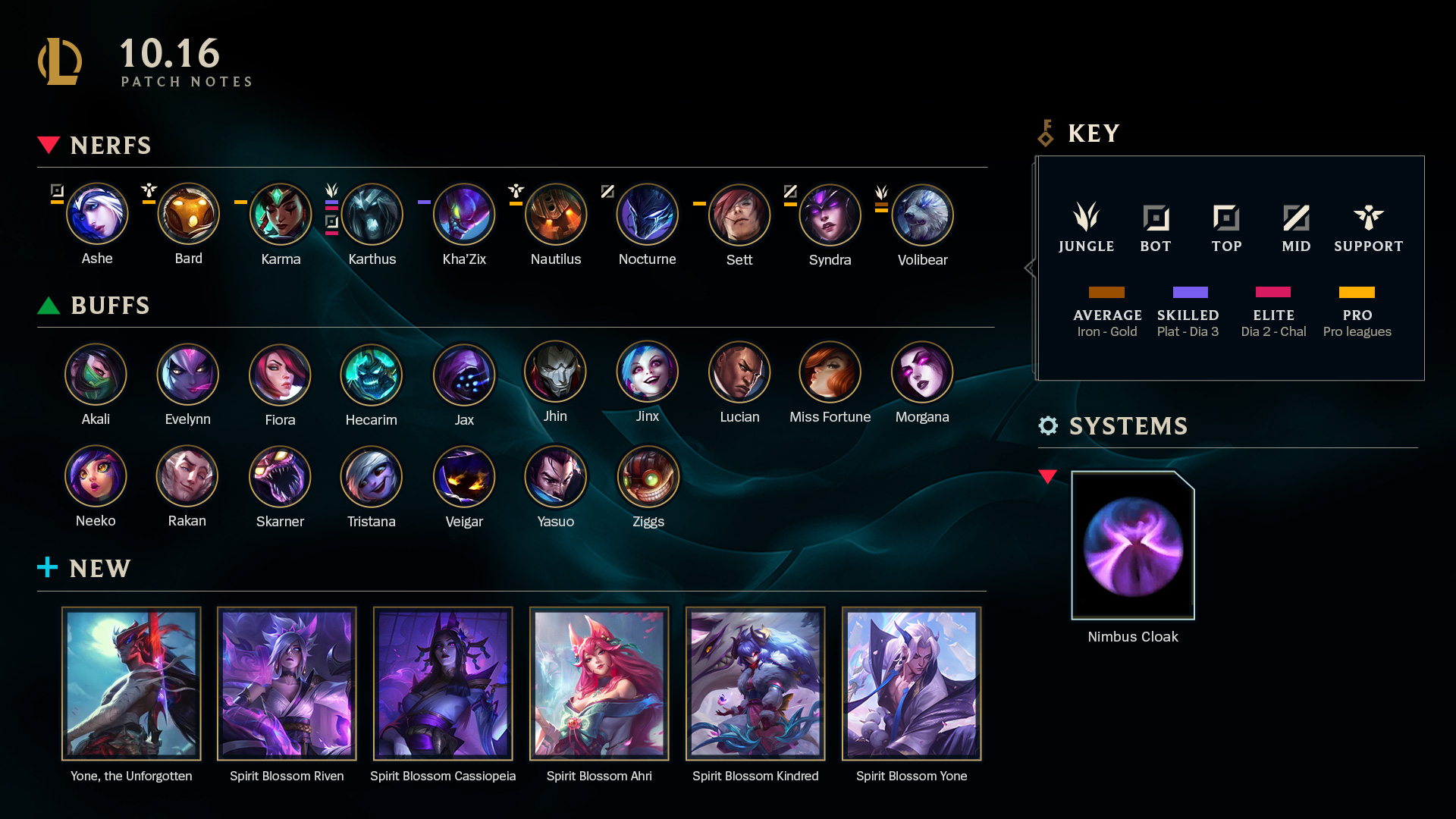 On August 9th at 11:59 PM local time, the third and final ranked split of the season will begin, but with a little something extra this time! In addition to the usual split rewards, we'll also be granting a random series 1 Eternal capsule to anyone earning 750 Split points.

High-res versions of Yone's splashes are available on League Displays!

Now that Akali’s been in the shadows of Pro, we can help her hit the (assassin's) mark for all levels of play by bringing up her early game damage. We’re also streamlining the damage type in her kit so that she’s able to itemize more effectively and deal more to enemies who aren’t building defensively.

We’re pulling back on a scaling Ashe buff we gave her in 10.8 to make more space for other marksmen with less early game power and utility to shine late game against her.

Bard has been chiming in quite a bit, especially in Pro play, so we’re toning down his power in early game to open up more avenues for counter picks and in-lane pressure.

Q cooldown decreased; hitting a monster no longer refunds 50% of its cooldown.

Spiking some power into Eve’s Q so that she can bring her charm into the jungle and in early skirmishes. We’ve also found that her Q cooldown refund from monsters has been a source of confusion and annoyance for players, so we’re taking that out for more gameplay clarity.

As we near the big games, we’ve identified a lack of scaling skirmishers who can keep pressure in a side lane. Because of this, we want to keep Fiora in tip-top form, and to be able to offer teams more strategy. We’re helping her strike quickly, strike deftly! in early fights, along with increasing her mobility for split pushing. To balance it out, we’re also lightly tapping down her cooldown refund.

The Horseman’s been at a trot, so we’re ponying up by boosting his potential for ganks and engage. Note that this added movement speed procs his passive for that sweet, sweet bonus damage.

Now, it’s Jax’s turn! Similar to Fiora, we’re hoping to bring the Grandmaster back onto the scene by making him a more viable counterpick... with more counterstrikes. With his E more readily available, he’ll be able to see fights through in a different manner.

Jhin hasn’t been able to call the shots, especially around towers. We’re loosening his passive crit damage restriction from all the way back in 6.4 so that he can take down structures more effectively and keep up with peers with expanded abilities for damaging towers.

Fixed a bug in Jinx’s R where the damage cap against monsters was capped against champions instead, majorly impacting her power against enemies with high health. We’re bringing the super, the mega, and the death by uncapping the damage against all targets!

Karma has continued to be a strong multi-role flex champion who tends to have too much control and safety, so we’re trimming down her solo lane agency by pulling back on a spell that she relies on for waveclear.

Now that we’re seeing an increase in Karthus players and higher win rates, we’re walking back one of the bigger buffs from 10.14 that’s lent him more strength than anticipated.

The bug consumed, and the bug adapted. Over the course of the past few patches and our last buff, Kha’Zix has crept above the pack for our skilled players, so we're pulling slightly back on the same lever in 10.14 to find a happy middle ground.

Lucian has been out of meta for a while, losing consistently to his more meta peers with longer ranges, even in beginning phases of the game. We’re putting him back on the path of vengeance by increasing his power.

Pirate lady’s been in a misfortunate place, and she’s no fool. We’re giving her a small love tap to make sure she’s relevant as an early game marksman.

Bot lane has been awash with dive-heavy supports with strong CC, so we’re helping Morgana unshackle her potential as a promising counterpick.

Naut has been anchored as a persistent menace in Pro bot lanes, so we’re lowering his resilience to harass and the reliability of his early game all-ins.

Giving Neeko some love in her trading and waveclear against other prominent mids. We think this will help her come into her own, you know, for her to really be herself and no one else.

Nocturne is chopping down mid laners at an alarming rate in Average play. Trimming his pushing and sustain power, while letting him be at a similar power level in the jungle.

Rakan may have the moves, but he still needs to get a move on. We’re amping up the tempo so that he can beat down enemies as one of the premier engage support champions.

Reeling back Sett players who rely on his base values with very tanky builds to plow their way through games.

Even with our last round of buffs in 10.15, Skarner still feels like he’s in hibernation with his kin. We’re doing another pass to put a bit more sting in his...stinger?

We’re continuing to sharpen Syndra’s power as she remains as a dominant pick in Pro play. This time, we’re honing in on her oppressive command in lane, especially from early to mid game.

Tristana has been fairly irrelevant since the nerfs to her early game attack range—except for in mid lane, where she’s still able to bully out certain champs. We’re gunning for her to be a viable marksman by buffing her bot lane crit build.

Boosting up this tiny yordle to better master the mid lane. To do this, we’re giving him more MR, since he’s already quite powerful in bot lane.

Volibear is a rare beast that is relentlessly bringing the storm for our Average and Pro players. Reducing his mobility and scaling into late game.

Carefully buffing Yasuo to target mid lane and Pro play. Like Veigar, we’re giving him more breathing room in mid, where there’s the most magic damage dealers. We’re also boosting his ult output for coordinated teams to play off of.

Bumping up this bombing bud to better bonk down buildings and, more importantly, to bring an artillery mage into the meta. 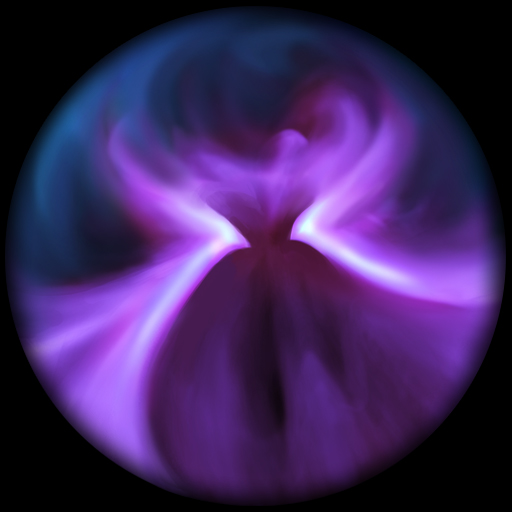 Nimbus Cloak has become the go-to for both jungle and AD as a consistent offensive and defensive tool. We’re lowering some of its overall strength, specifically in consideration of Smite and Hexflash, so that it’s not as ubiquitous of a choice.

Ionia Clash has now begun its recruitment session! Check out the Clash tab in client for specific start times and details!

JUNGLE GUARDIAN BASE ATTACK DAMAGE 90 ⇒ 80
JUNGLE GUARDIAN ATTACK DAMAGE GROWTH 5 ⇒ 6
TWO SIZES TOO SMALL Jungle Guardian will stop growing in size and strength after 40 seconds in combat
KEEP YOUR FRIENDS CLOSE, BUT YOUR ENEMIES CLOSER Jungle monsters do less damage to low health players and their attack damage has been increased by 20%

URF DEATHMATCH Champions in URF Deathmatch now get Grievous Wounds immediately when the burn starts
BARDLE ROYALE Minions no longer spawn during Bardle Royale; minions outside of the circle will be put in Statis
PUSH THE CART Attack/Defend will no longer end immediately upon getting to Sudden Death. Instead, the carts gain increased movement speed and cannot be blocked by defenders. Time until Sudden Death has also decreased to 75 seconds.
DPS CHECK Dummy now spawns in a wider variety of positions
LOOT TEEMO AND VEIGAR Magic resist increased to 100 (gains 25 additional armor and magic resist if they are the 3rd or 4th event)

CATAPULT OF CHAMPIONS Champions who dash into the wall underneath the neutral frog cannons will now automatically be fired from the cannon. Other units that find their way into that space will be bumped out.
WARD VISION Wards placed around the top lane center bush will reveal a little more clearly

We're kicking off an opt-in beta test of DX11 support for League! Head to our full post for details on how to join.

The following skins will be released in this patch. Grab the League Displays app for full-res splash art! 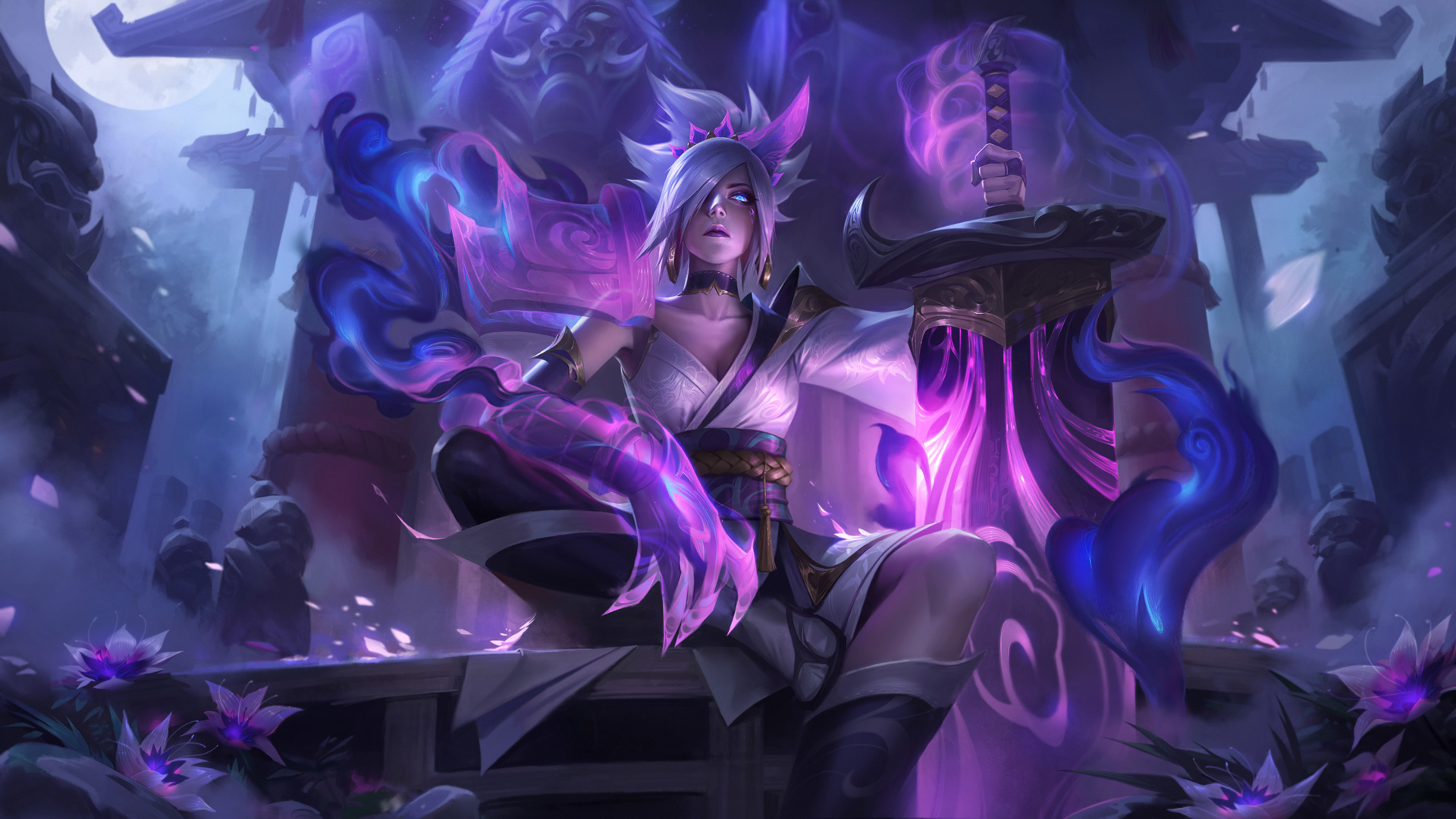 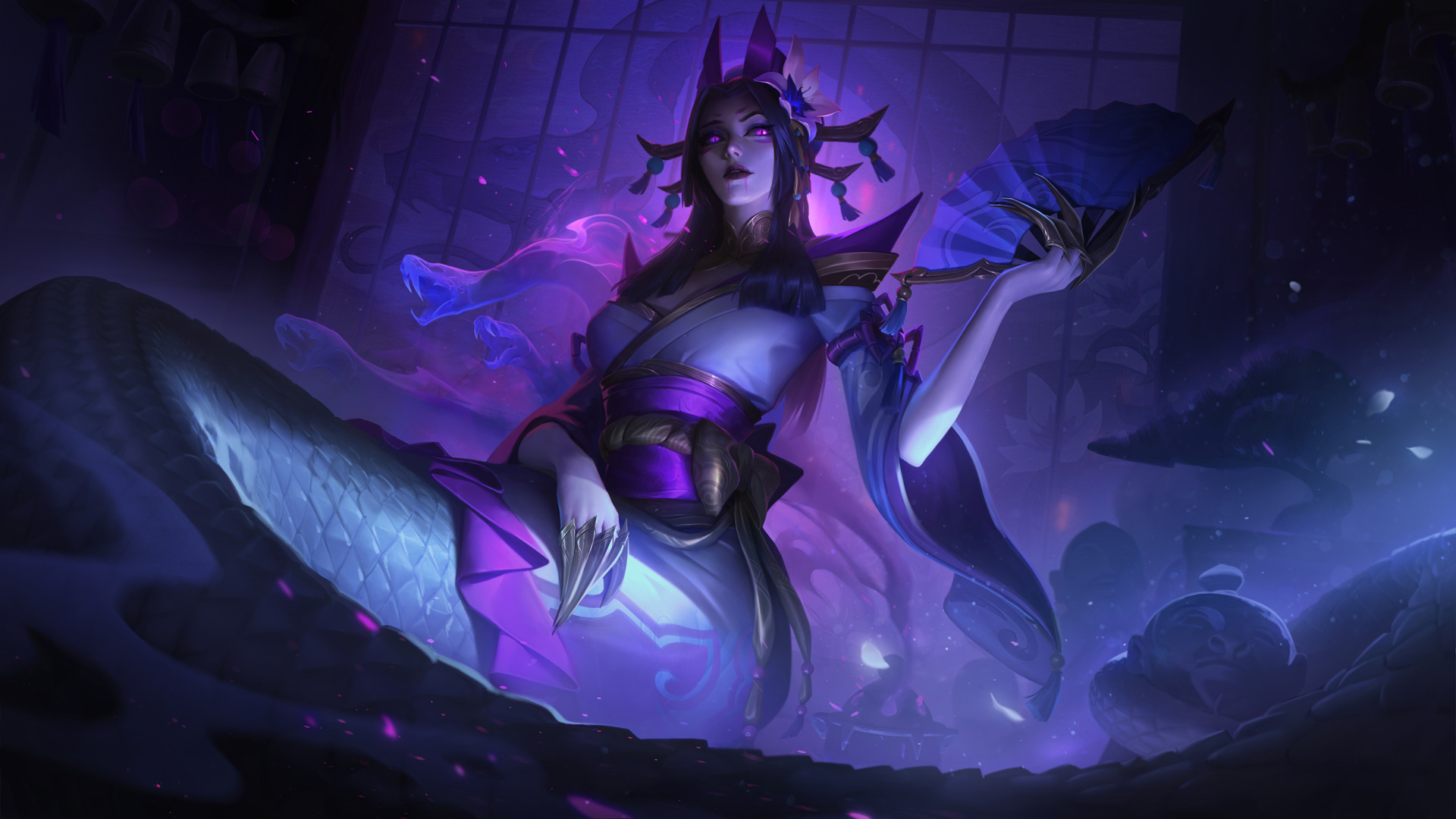 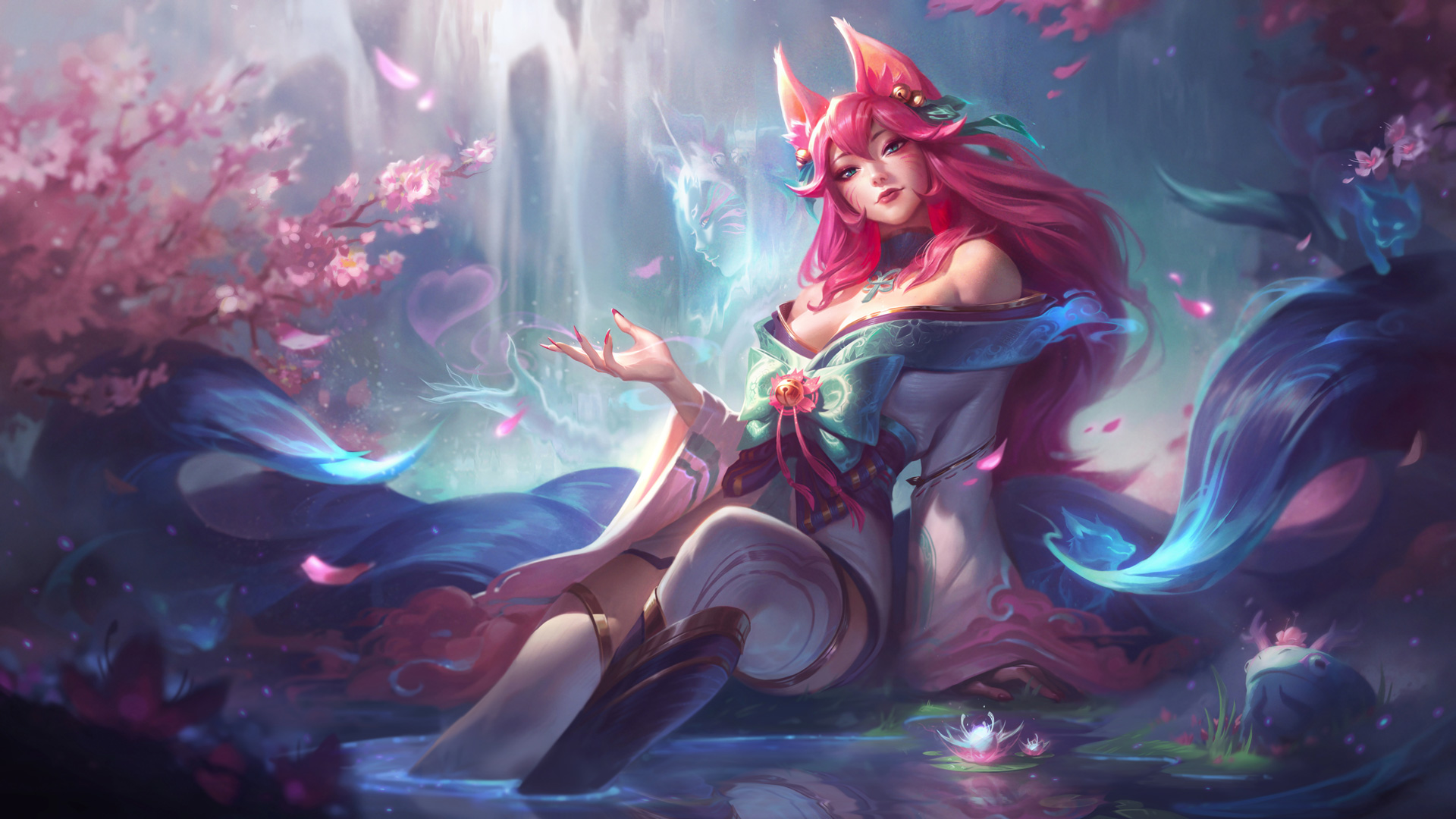 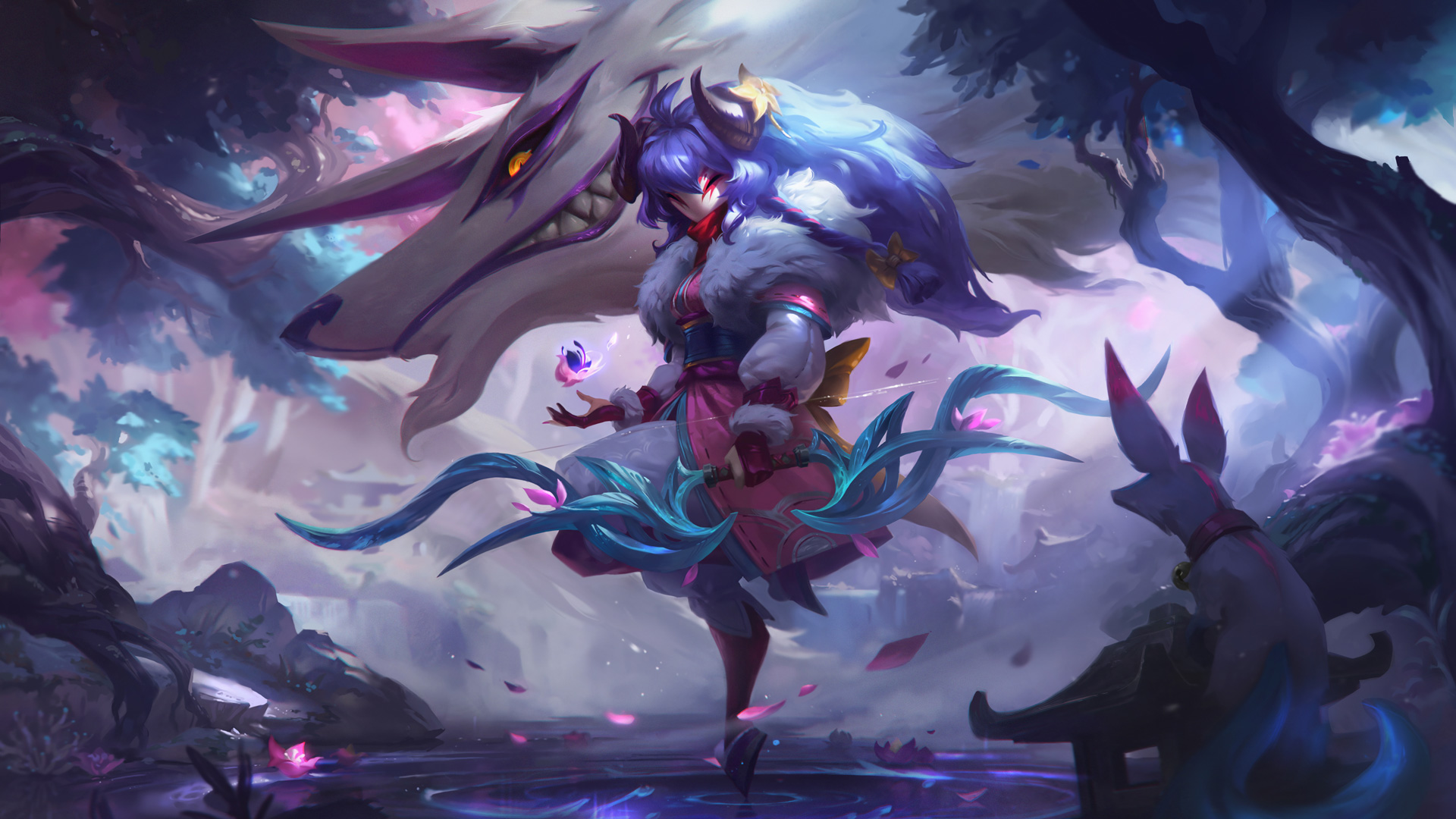 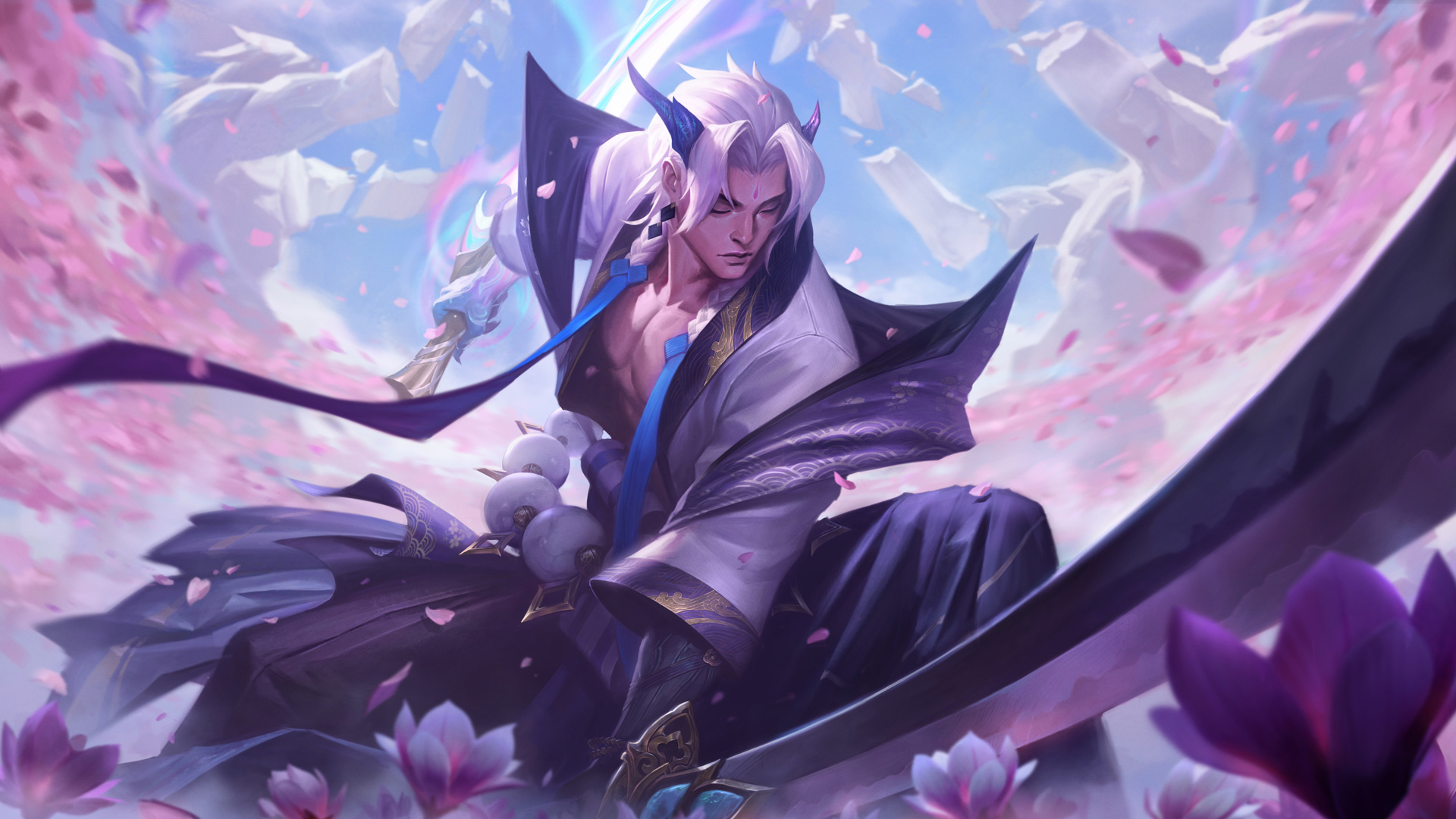 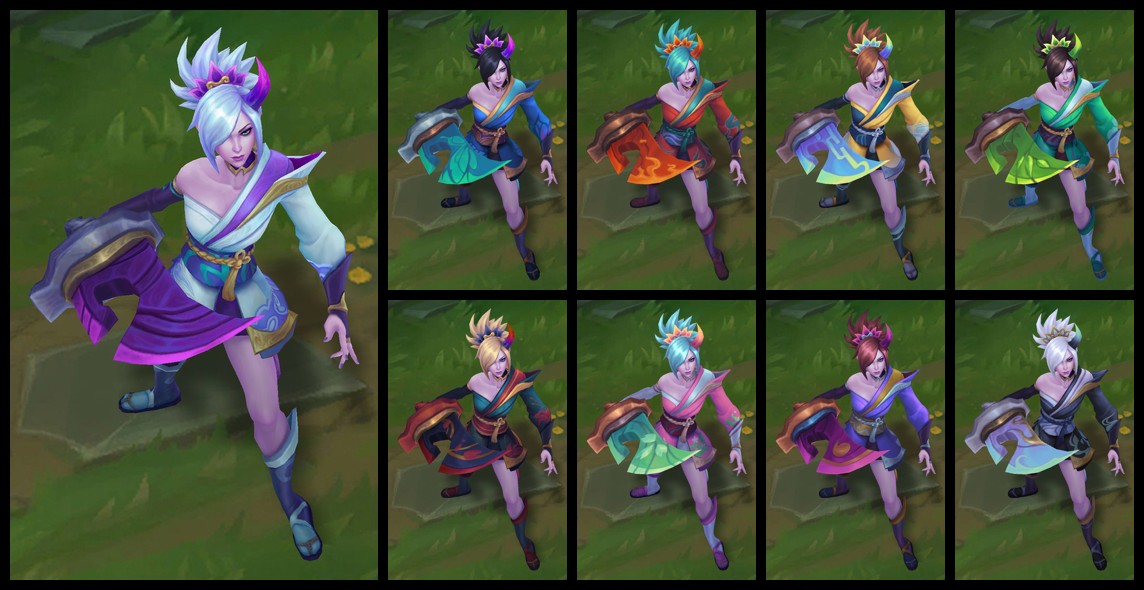 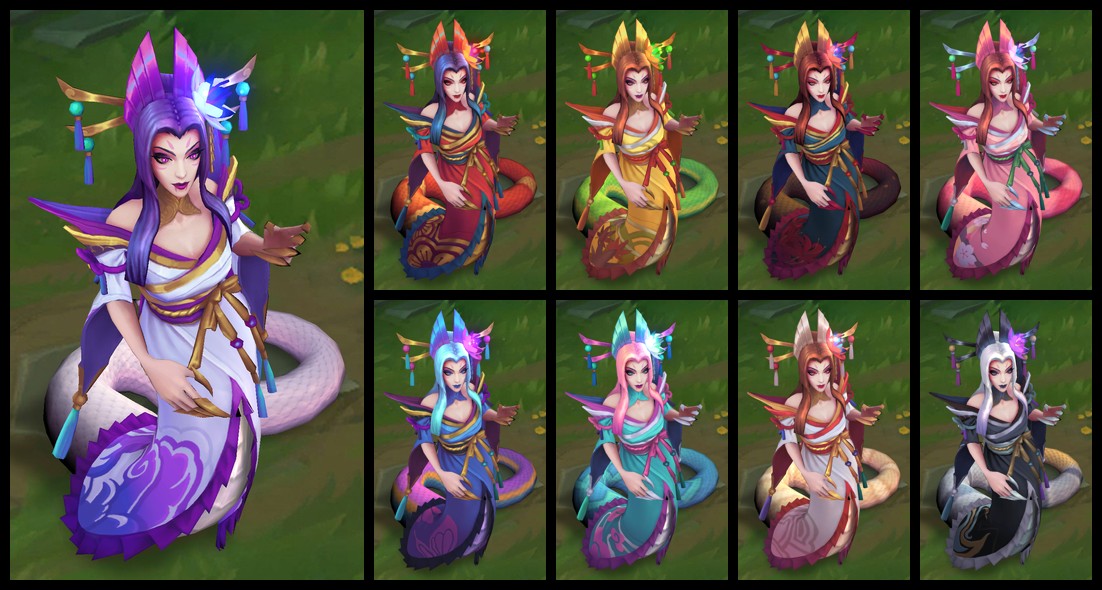 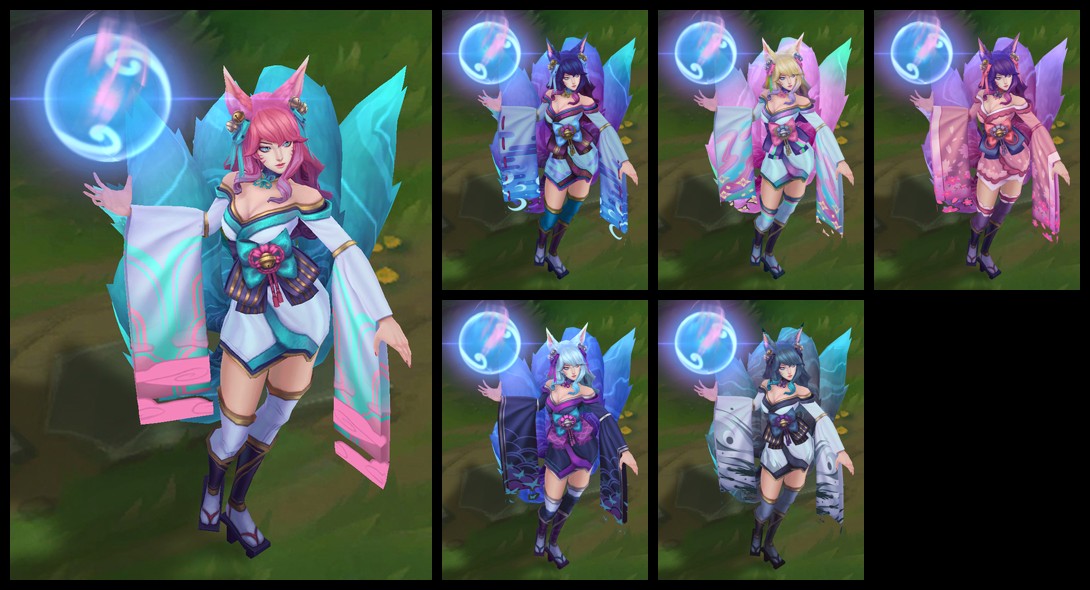 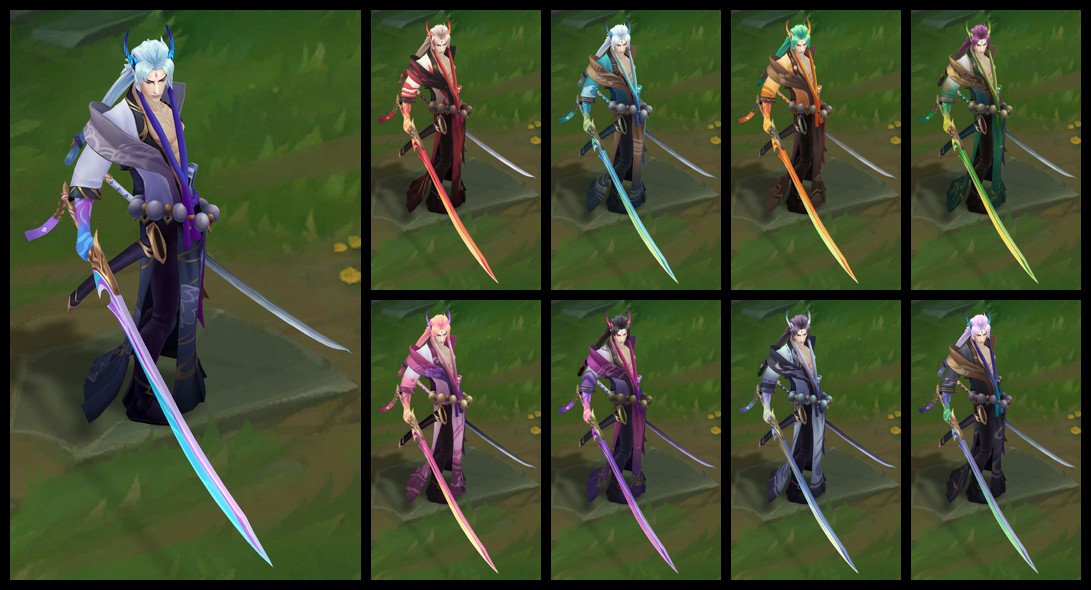