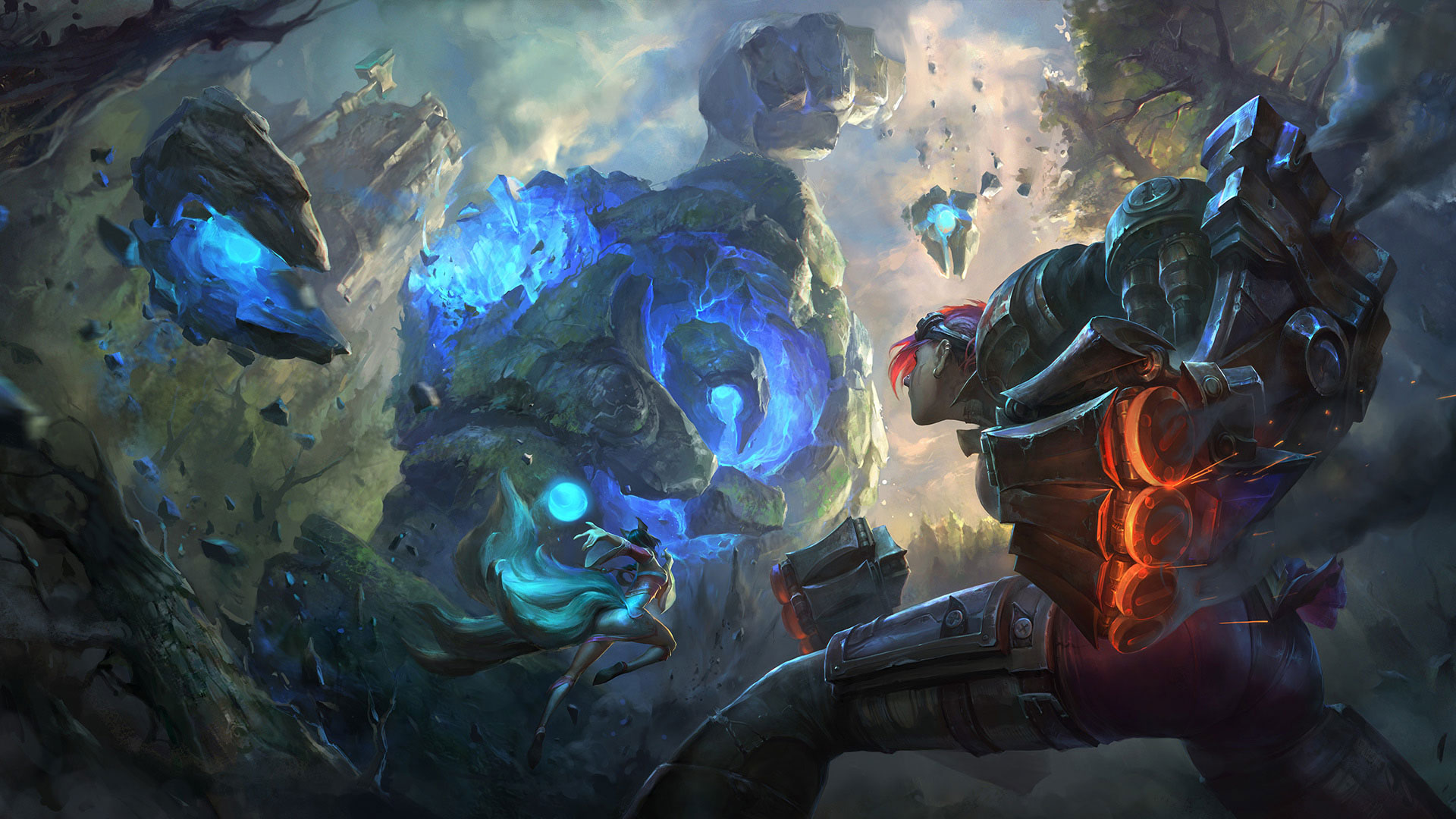 First of all, we know we’ve been crowing about it for awhile, but now it’s finally here—the spookiest of all the scarecrows in the land is back! (and Tedrick is nowhere to be found…)

We hope you’re staying safe. Now let’s get into it!

HALLUCINATION BUGFIX Even when Shaco purchases a Death's Dance or Phantom Dancer, his Hallucination (clone) now properly expires once its timer is up instead of staying permanently on the map 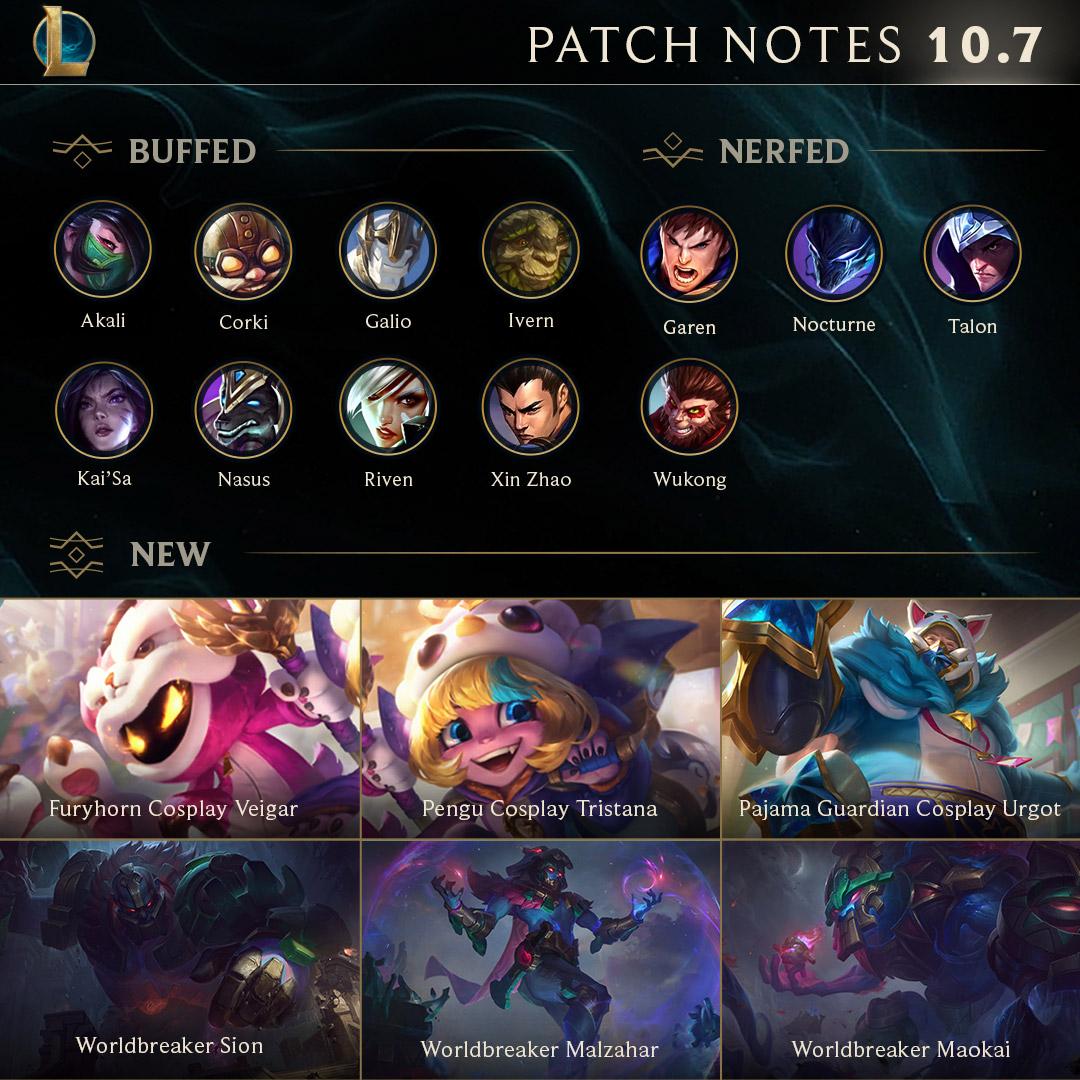 As we mentioned last patch, we've been working on some matchmaking improvements like Autofill Balance to make sure that each game of League feels as fair as possible. With this follow-up change, we'll be attempting to make sure that when one team in a Solo/Duo game has a duo, the other team should have one as well.

This change will only be applying to Ranked Solo/Duo for right now. We’ll be looking into adding it to Flex and Normal games, but since premades can be of all different sizes in those modes, making them equivalent across teams can be much more complicated. Once we've had a chance to see these changes live, we'll try to expand to queues with different group sizes.

The spooky scarecrow is ripping out brains in 10.7. Now with 100% more oogie and boogie.

In an earlier patch, we adjusted Akali's ultimate so that its targeting was a little less free to access, creating a huge cost for what was previously an easy-to-pop-off ability. But using her ultimate is an important part of her gameplay satisfaction, so we're loosening the leash on it a bit now.

Corki's been having fun since our last buff, but can still afford another small one, so we're back with round two—get ready for some package boogaloo.

R now grants a magic damage shield to all allies in the area.

Galio’s been in a sad state, and we’ve been working on reigniting his essence as an anti-magic guardian. Our previous buffs didn’t seem to move the needle, so we’re trying something a bit more adventurous this time by giving him the ability to more effectively counter magic damage for both him and his team.

newANTI-MAGIC BULWARK Now grants W - Shield of Durand's passive magic damage shield to all allied champions in the area he casted it at for 5 seconds.

Our man of the Vanguard soldiered through his 10.6 nerfs and has continued to overperform, especially in the mid lane. Taking another stab at him by lowering his early utility.

Ivern got the short end of the stick with some of the more recent jungle system changes, and we’re not brushing that off. We’re attempting to give him back that power, and then some.

We wanted to increase Nasus' utility since that's the quality that more experienced players value and can capitalize on.

Midturne has gone from meme to nightmare and quite frankly, there’s enough spook with Fiddle in town. We’re cutting out some of Nocturne’s general power, focusing on letting his opponents attrition him out of lane and controlling his scale potential before going full on darkness.

Base health and health regen increased.

Riven has been struggling in the laning phase so we're hesitantly handing back a little power, as a treat, to give her a little more breathing room while farming.

We all know Talon holds his blades close to his heart, but he's letting them go too often. We’re not taking them away from him, but he’s proving to be a menace in higher skilled play, where his early game waveclear allows him to roam far more and far earlier. This patch, we’re reducing his reliance on said blades so that he stays more in line (and in lane).

Wukong has been outperforming our expectations after his mini rework in 10.6 despite our success at bringing his multiple positions closer in power to each other. We will continue to fine tune him as players master the rework.

We wanted to spruce up our warrior of Demacia by upping his durability and endurance through difficult fights.

Conditioning has been overperforming, particularly for tanks and fighters. It should be a little more costly to one's early power for what it gives in the late-game. Not only is it a fine choice for anyone, it’s mandatory for tanks and fighters, where it stands head and shoulders above any other single rune.

Phase Rush remains suboptimal on melee champions, even for those who traditionally have opted into this kind of Keystone. Looking to make it more tempting for those folks.

We hope you have all been enjoying One-For-All as a part of our Galaxies event! Based on feedback and data from PBE, we're making some balance changes that will hopefully make your One-For-Alls always a ball. This means general system changes as well as ARAM-style individual champion balance changes.

TURRET “BACKDOOR” DAMAGE REDUCTION 66% ⇒ 90%
TURRET PLATES Turrets in OFA now have plates with URF-style health rules (scaling health rather than even increments). The plates fall off at 8:00 and give 50% of resistances compared to regular SR. They'll also give 130% more gold than in regular SR.
HE'S ON THE RUN, HE'S #1 Players gain 40 movement speed out-of-combat
FLASH IN A PAN Players gain 40% CDR on summoner spells
STRUCTURE DAMAGE Players begin dealing increased damage to structures at 12:30, scaling up to +25% at 25:00
COOL KICKS Players will have a faster and longer-lasting Homeguard at the beginning of the game
24K MAGIC Players will start with 950g
MINION GOLD AND XP Minion gold and XP values are multiplied by roughly 130%
JUNGLE GOLD AND XP Jungle monsters give 15% bonus gold and experience
MONSTER MASH Non-champion units deal 25% increased damage to structures
BARON KILL Baron Nashor grants a Eye of the Herald on kill
RIFT HERALD SPAWN Rift Herald first spawns at 6:00 and has a 4:30 respawn time
BARON NASHOR SPAWN Baron Nashor spawns at 15:00 and has a 4:30 respawn time
DRAKES SPAWN Elemental Drakes spawn at 3:30 and have a 3:30 respawn time
ELDER DRAGON Elder Dragon has a 4:30 respawn time
CANNON MINIONS SPAWN Cannon minions begin spawning every other wave at 8:00 and then every wave at 19:00

We're updating the way free-to-play champions are chosen for ARAM. Before 10.7, the previous three Weekly Free Rotations were available to play in ARAM.

Doing things this way allows us to give ARAM players a broader and more consistent set of champions to pull from, as well as making the free-to-play pool easier to understand for new players. We hope you enjoy, and we'll catch you out on the Abyss! 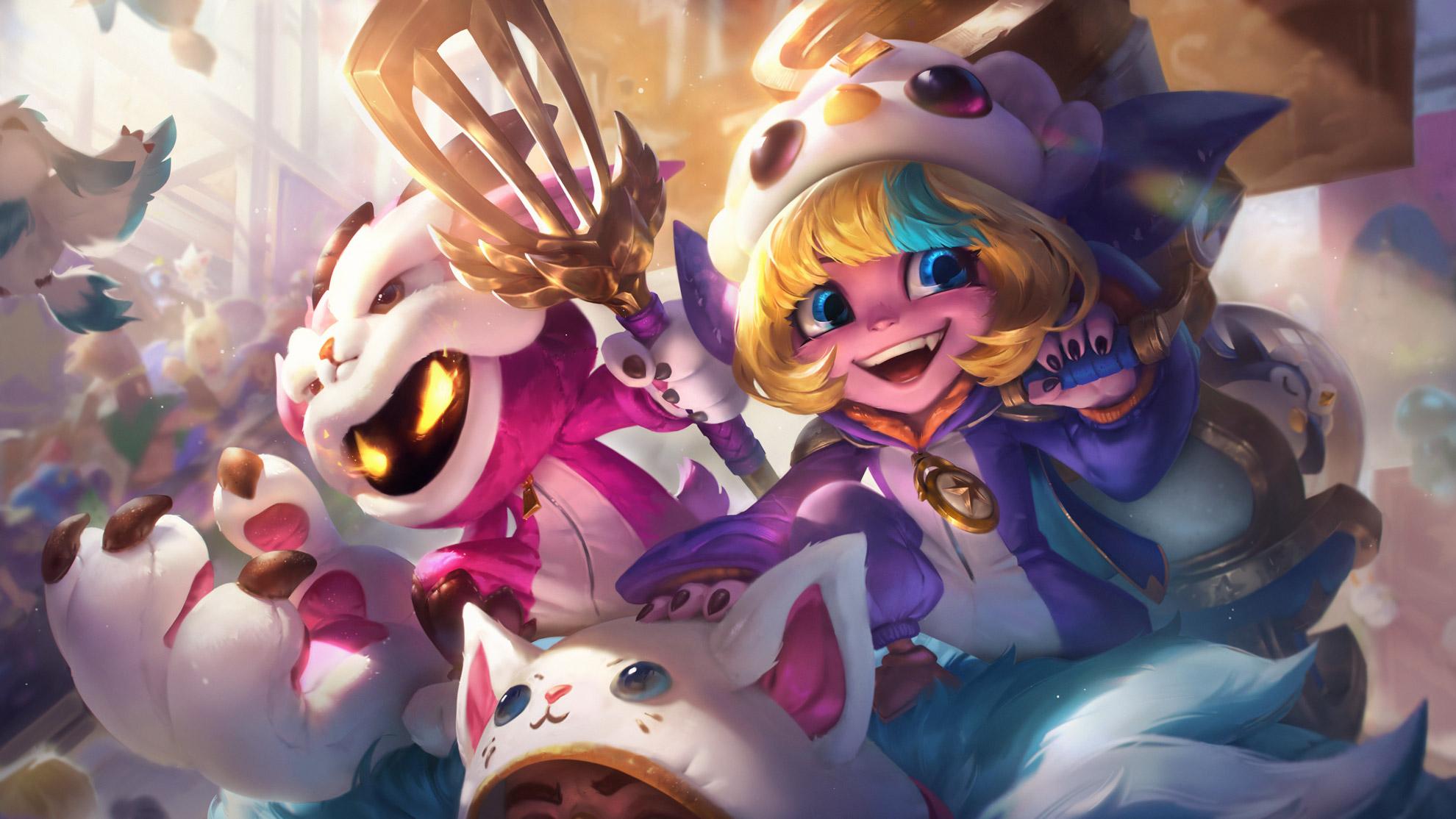 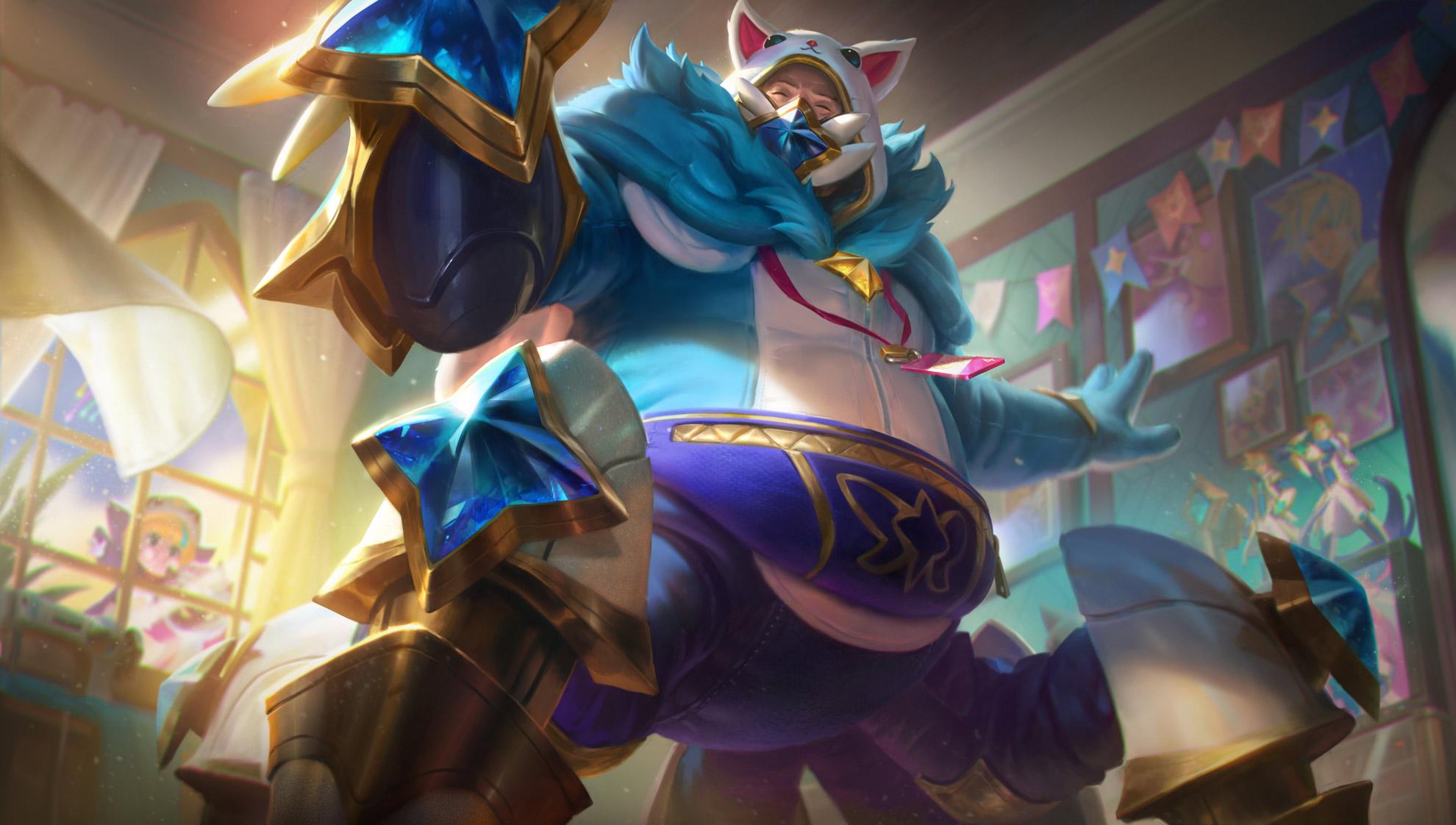 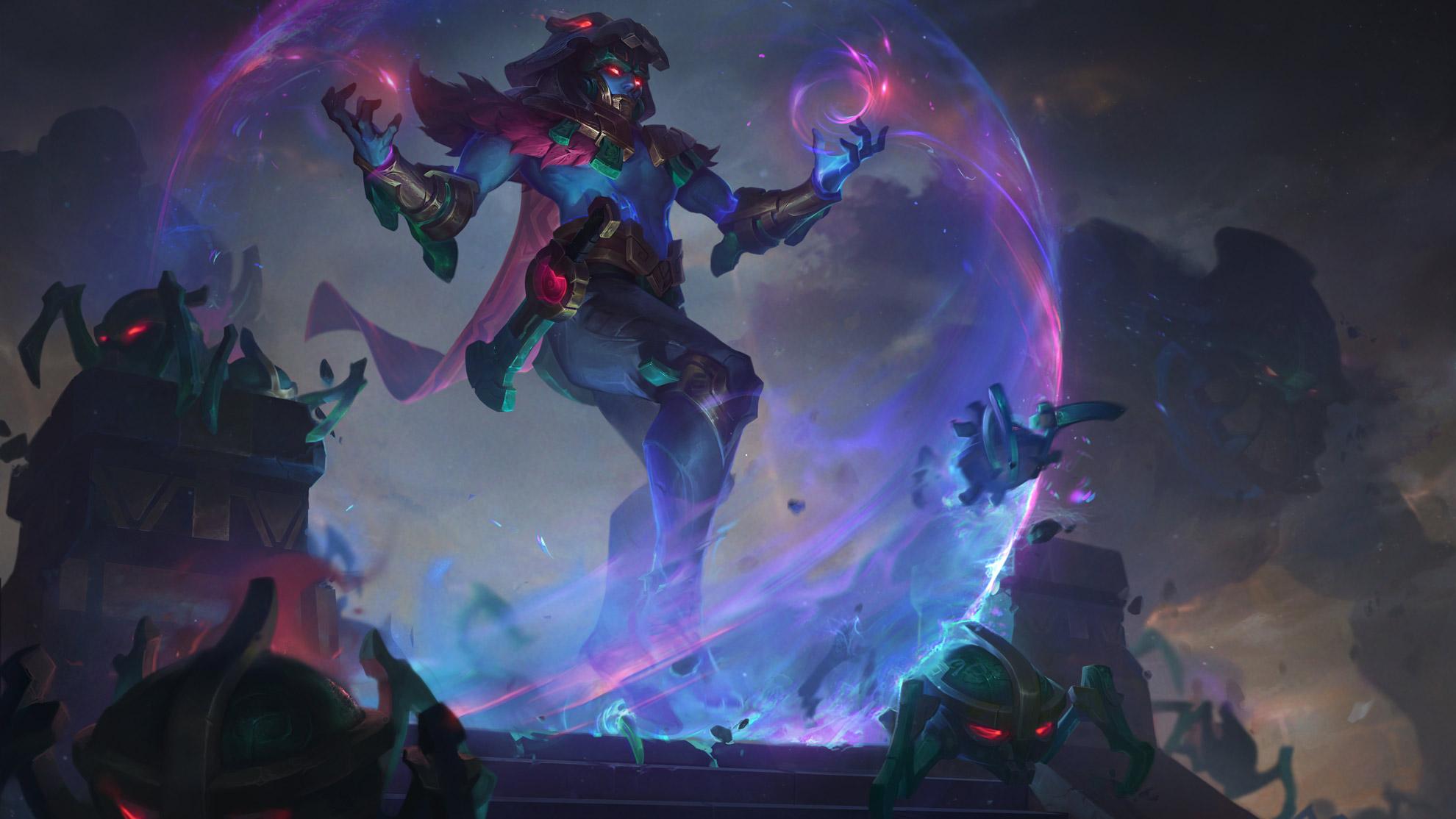 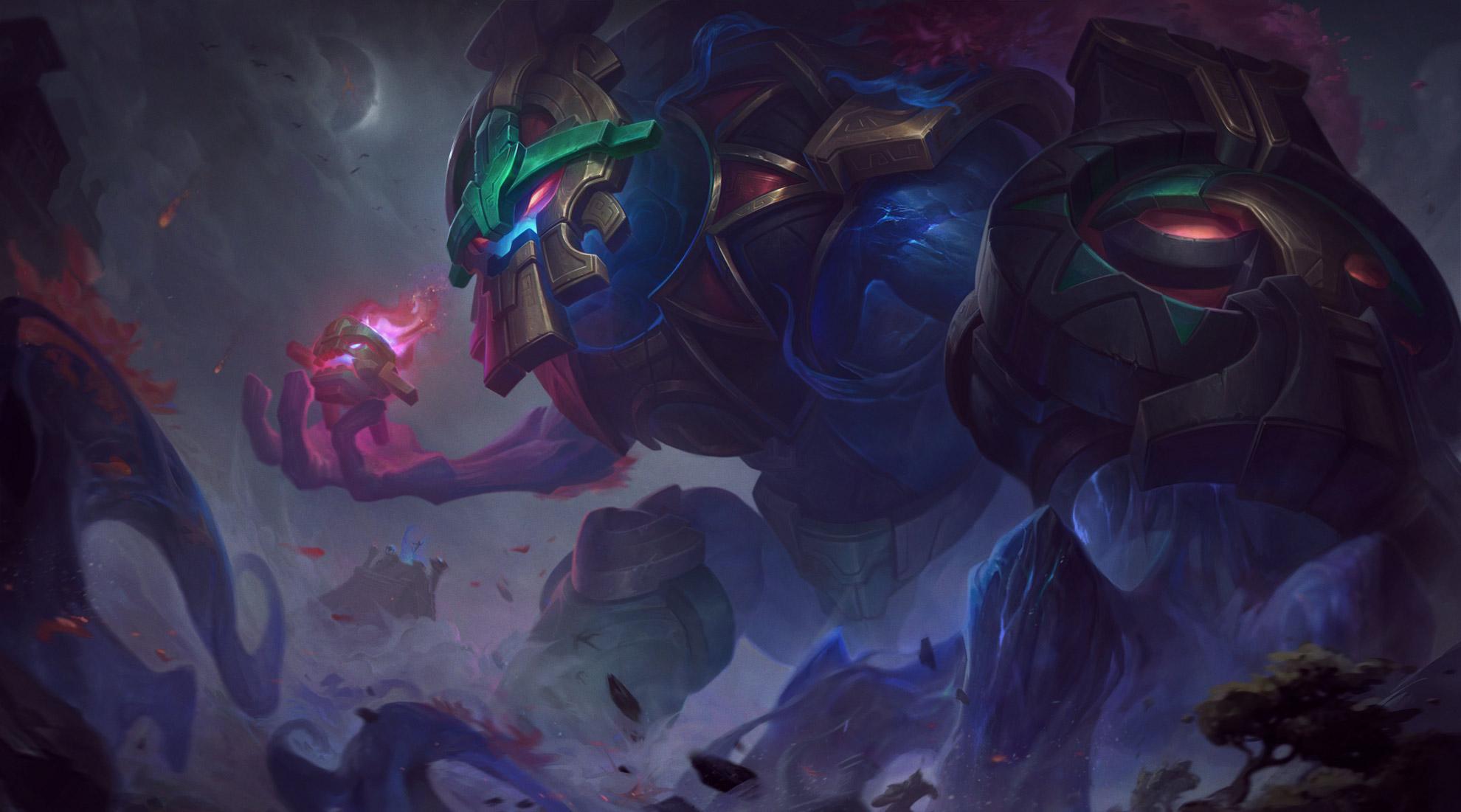