A SERIOUSLY NOT SERIOUS POWER RANKING

Forget Worlds -- the All-Star Event’s 1v1 Tournament is actually the year’s best indicator of skill. One mistake could mean death. No glory to the loser. No fame. Just sadness. And I’ve put the contending All-Stars into a Power Ranking that looks at a combination of skill, style points, and -- most importantly -- extraneous arbitrary qualifiers that may ultimately supercede the former two metrics. Save your logic for Summoner’s Rift. This is 1v1 -- it is not bound to mere logic.

At the end of the day, the support position is the one I have the least faith in when it comes to a straight up 1v1 duel. That’s not to say they’re not capable. And it’s not to say they don’t have the killer instinct. I’ve laned with enough Sonas and Zyras in my day to know better. But until there’s a unified movement by all supports to take the kills, then my hand is forced. Of the two support players, SwordArT is sacrificed to the last rank. Maybe just call this punishment for his team’s failings at Worlds. 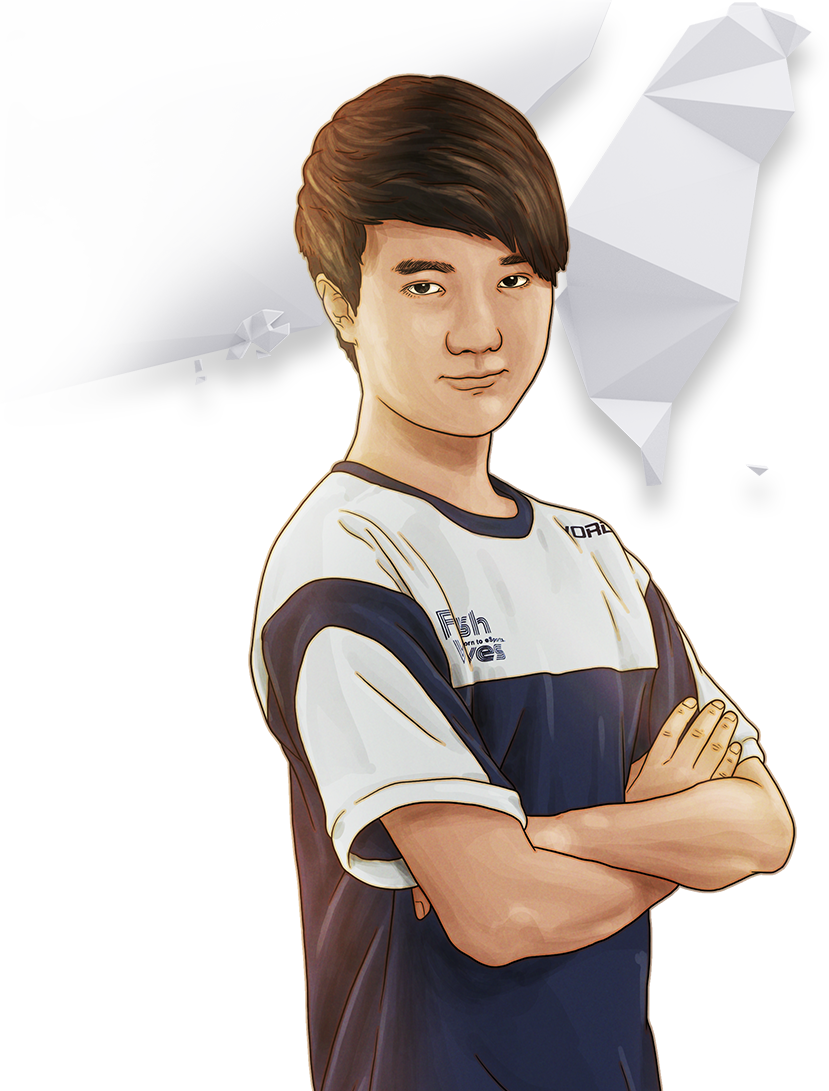 The Zeitgeist is the “spirit of the age” and motivates members of a society. It is, perhaps, a fancier way of saying “meta.” Unfortunately, Zeitnot is not the Zeitgeist. The Zeitgeist informs Zeitnot, but he is only a player in the Zeitgeist. Zeitnot actually refers to the specific situation in which you are almost out of time in a time-controlled game of chess. It is incredibly stressful, and as a regular chess player, this is the main reason Zeitnot is ranked low. 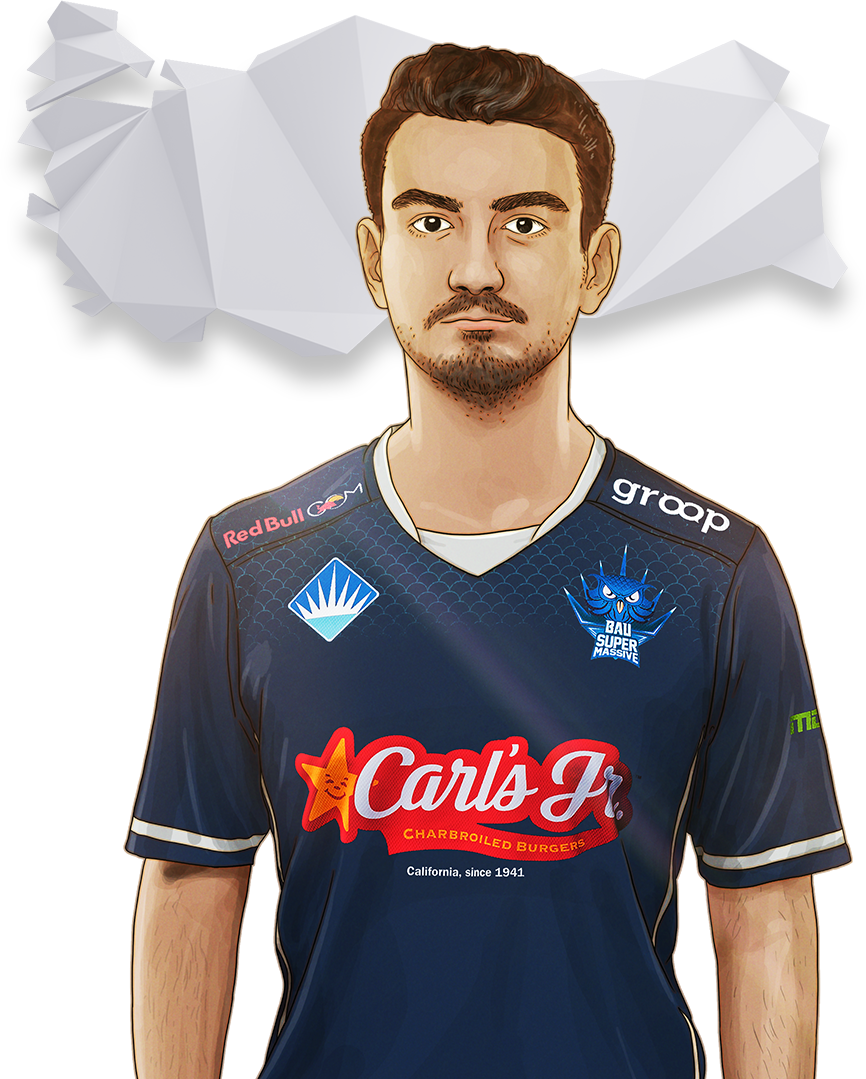 Naul won this year’s GPL ASE 1v1 tournament, which could give him an advantage, but it also means people can scout his 1v1 style. Maybe he knew that, though, and purposely played a hand he won’t play in Los Angeles. Maybe he’s that good at 1v1s. This could be like one of those anime fights where a fight takes a sudden swing, and the bad guy goes, “But how!?” And the good guy goes, “Every move you made was according to my plan.”

NOTE: Due to a last-minute substitution, Thailand's Jisu will be competing instead of Naul for the SEA All-Star team. 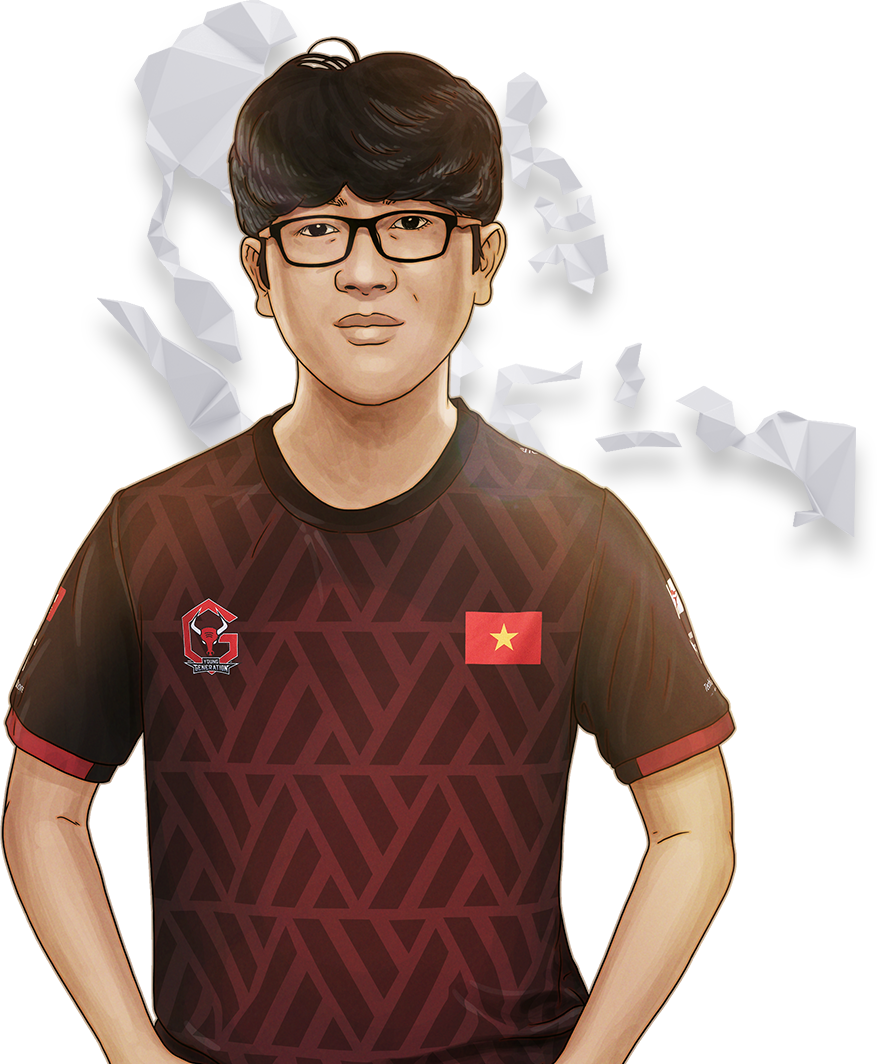 FoFo has been a star for his team in the LMS, but the LMS as a whole has seemingly been in decline in recent years. So it’s hard to rank this rookie (on the international stage) too highly just yet. Could he be the star the LMS is desperately seeking right now? It’s possible. But I suspect that even if he were on the cusp of victory, the entire Flash Wolves squad would appear and gank him. They won’t let anyone else from their region win. 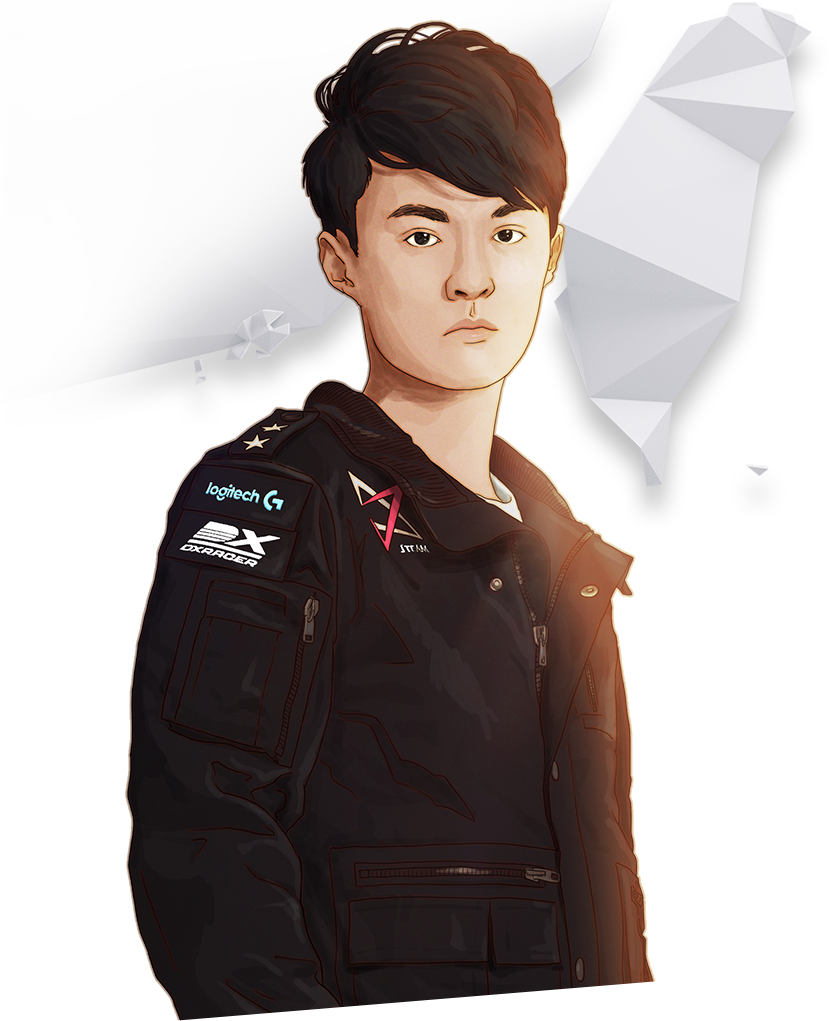 PraY’s going to be CSing under turret at one point in his 1v1 match and the turret will take a minion down to two auto attacks from death. He’ll look to his side and wait for his trusty support, GorillA, to prep the minion for him to properly last-hit under the tower. But nobody will be there. Time will slow down for him. He will see the turret launch its second attack. And he will feel the kind of longing one feels when they look to the sky on the night of a new moon. And there will only be the idea that something magnificent should be there. 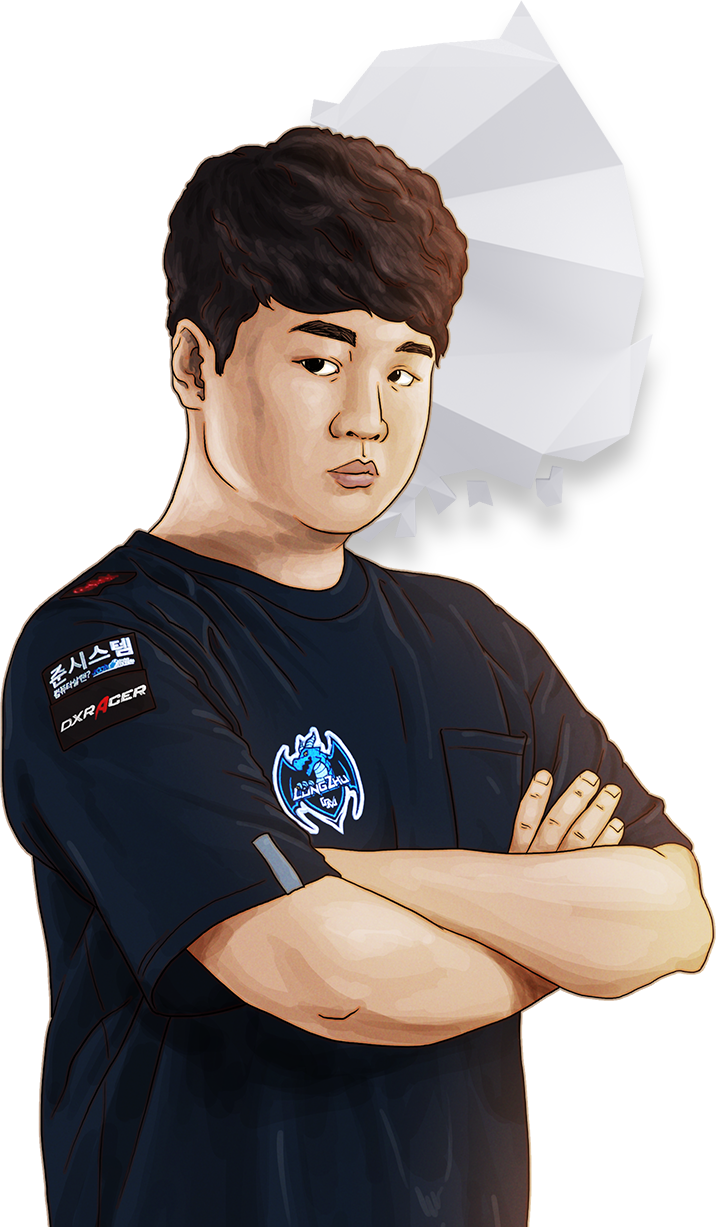 Finally. Bjergsen is out of the Top 10 in a Riot “power ranking.” This year, NA’s greatest talent has the advantage of playing on home turf. There’s nothing more North American than Bjergsen -- who was definitely born and raised here and not in Denmark. Bjergsen’s greatest strength is that he pretty much never dies in lane, which makes him a tough out in the tournament. Maybe now y’all won’t be as salty if he locks in Ryze and just farms. 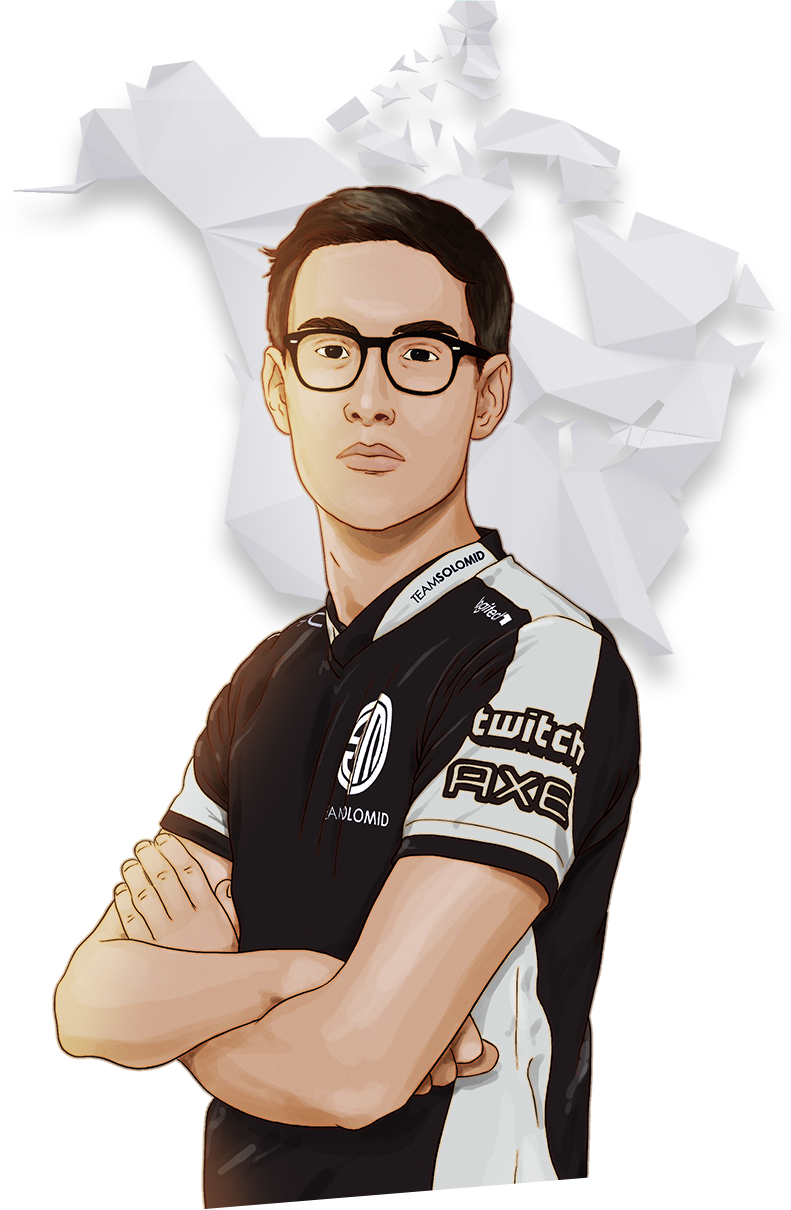 There’s this idea that PowerOfEvil has Bjergsen’s number. The idea possibly stems from the numerous times they have met and PoE has come out on top. So did I stick him one rank above Bjergsen just to highlight that? Would I do such a thing to poke at TSM fans? I can’t wait for their rivalry to continue in the NA LCS this year, and I'd be happy to get a glimpse of it in the 1v1. 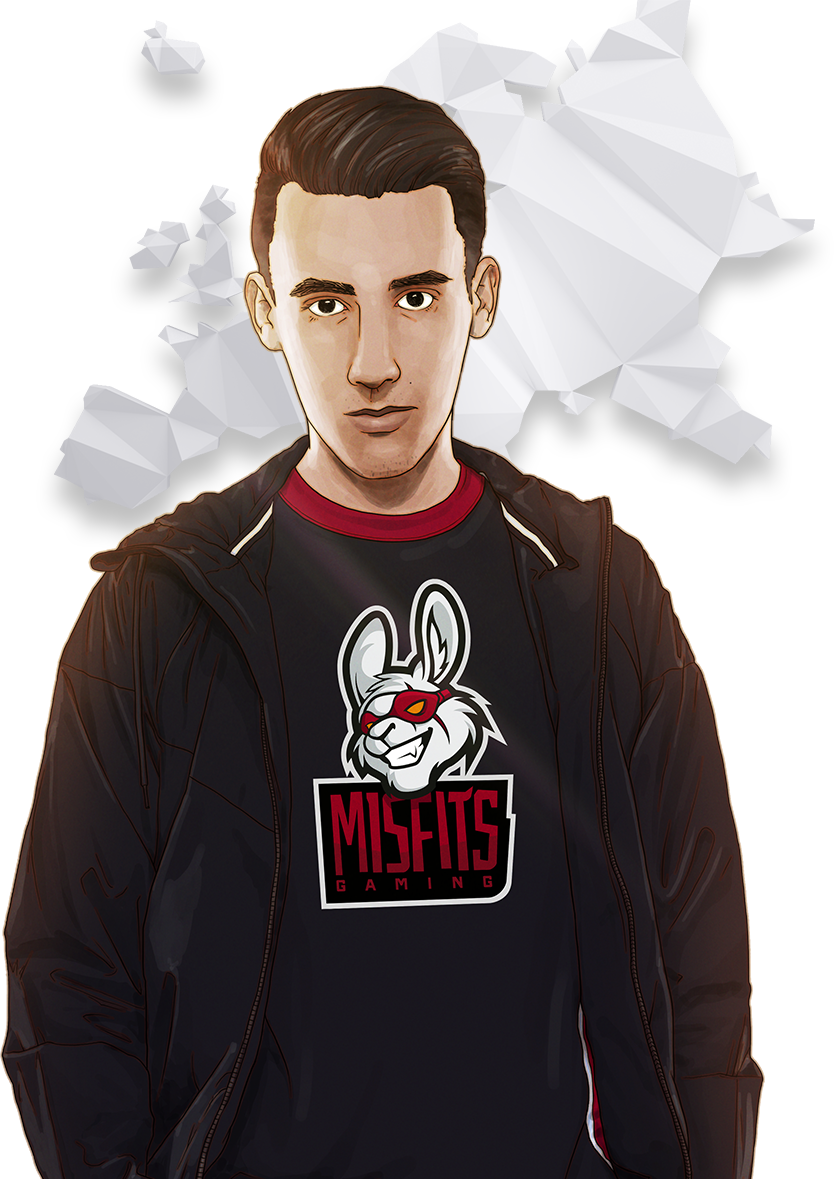 VVvert is still green to the international stage, but he spearheaded a surprising run from Team oNe to be Brazil’s representative at Worlds this year. Somehow he’s the only top laner on this list, which makes him a dark horse candidate to take the whole thing. When I started League of Legends, nobody loved 1v1s more than top laners -- but maybe they’ve been pacified by the prevalence and necessity of Teleport. I hope he brings some bruisers to the fray. Or give me some of that top lane Riven. 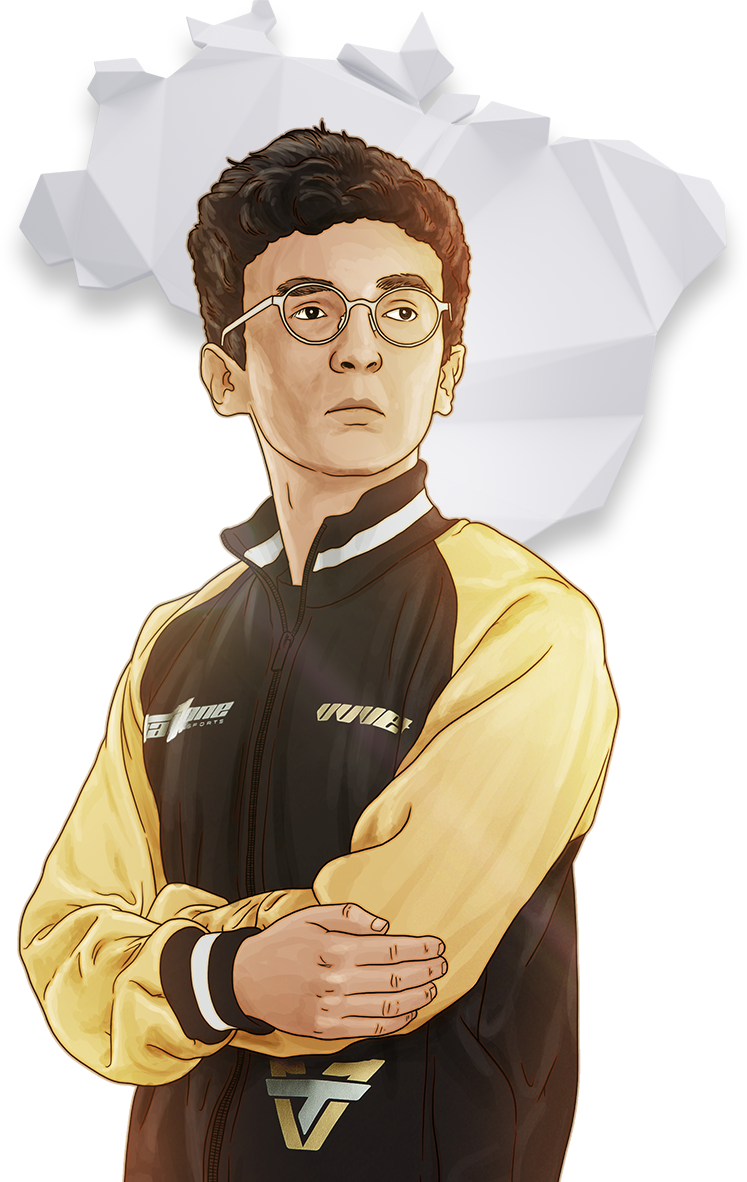 I can see Rekkles taking this event very seriously. He’s also got the right amount of spice in him to drum up a little pre-game trash talk. That’s the kind of thing that’s amplified and all-the-better in 1v1. He also has extensive experience split pushing a side lane, but that’s not quite the same as a straight up 1v1. I’ve seen him sad so much this year that I secretly (or not so secretly anymore) want him to win just so he’s happy to end the year. 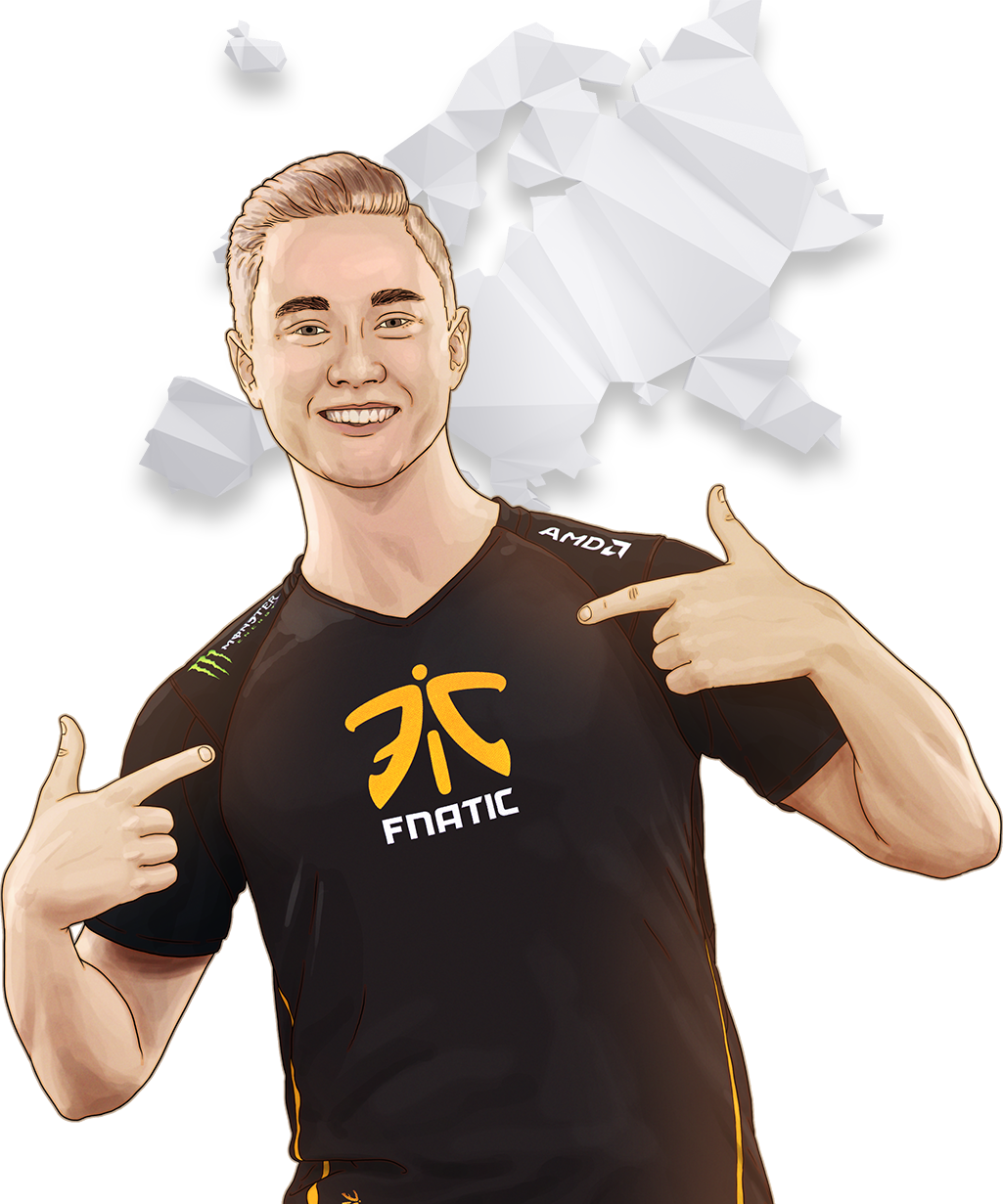 Meiko is one of two support players participating in this 1v1 tournament. Supports have a reputation for being mechanically inferior to the other roles. If you’ve played support lately, though, you’d know they have to account for twenty different actives. The only reason they look less mechanically gifted is to feed your ego. Which is why they spend so much time on vision -- it’s all to help you see yourself better. In a 1v1, Meiko may truly be unleashed. It’s not “KSing” if there’s no lane partner. 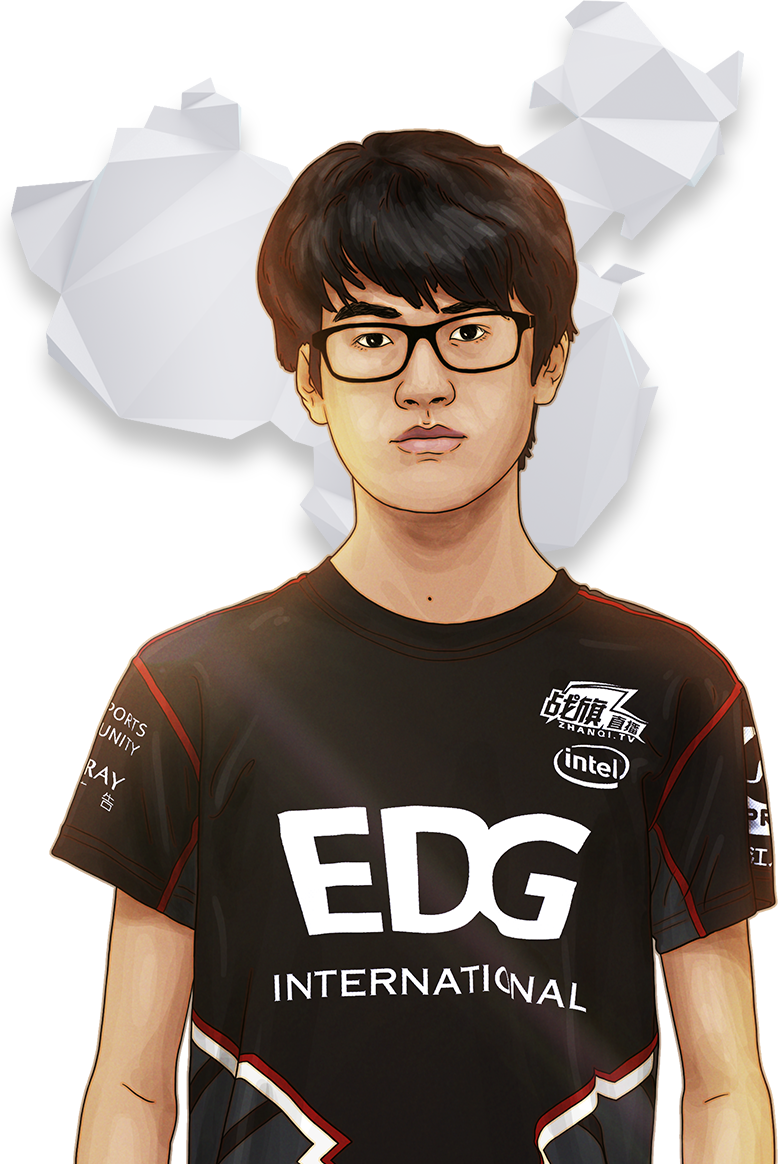 1907 Fenerbahçe could unlock Frozen’s true potential by making him a sub -- he would then become Sub-Zero. Honestly the reason he’s so high on this ranking is because his name reminds me of the aforementioned from Mortal Kombat. And that’s a game that’s devoted to the art and craft of the 1v1. Instead of the final screen saying “Fatality,” it would say, “Fenerbahçe... 1907.” 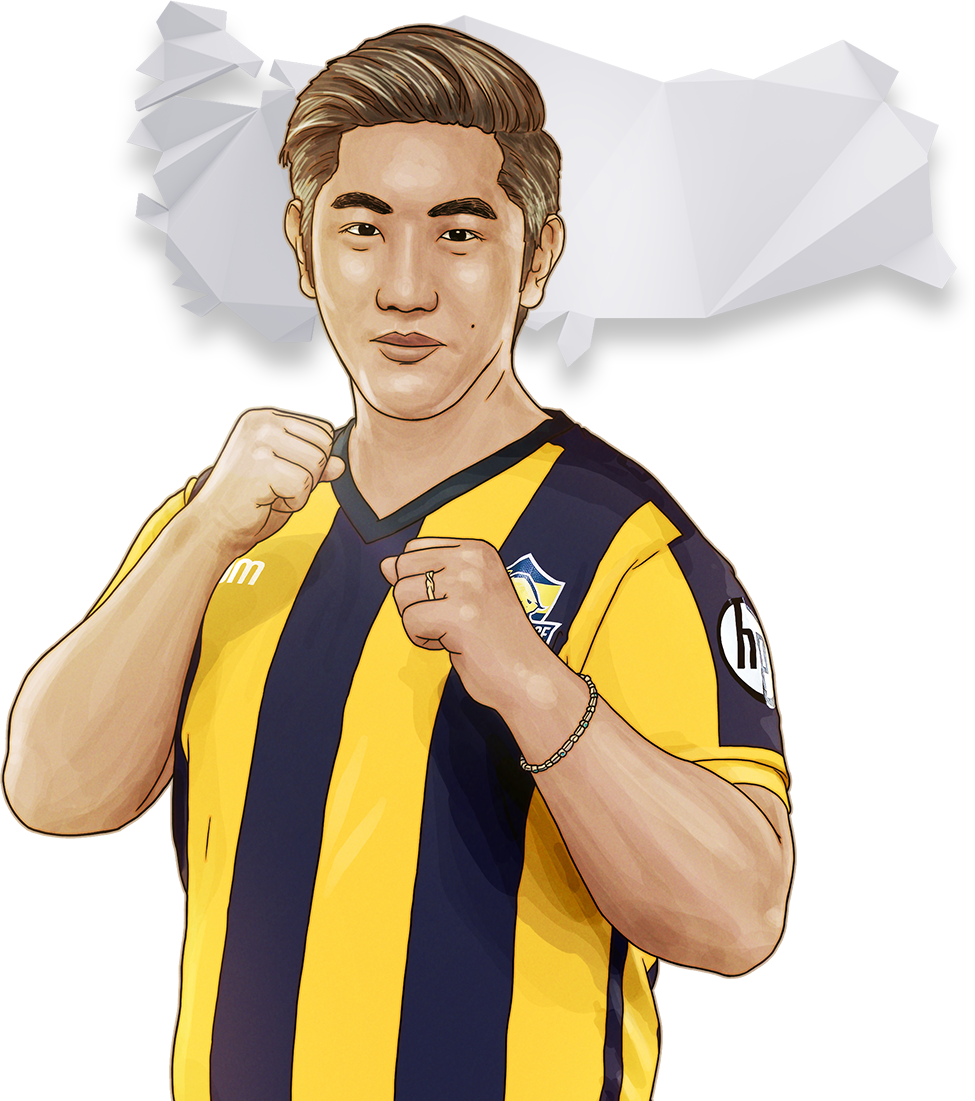 Levi first drew international attention at last year’s ASE when he got like 50 kills in a game with Lee Sin. Since then, he’s rocked the boat at both MSI and Worlds. And to secure a berth in this year’s ASE, he played 12 different champions over 12 games to propel Vietnam to the top in the GPL ASE (the winner of which qualified for the global ASE). The biggest mark against him is there’s literally no jungle on this map. But it’s also simultaneously the biggest thing in his favor -- his gank uptime will be 100%. 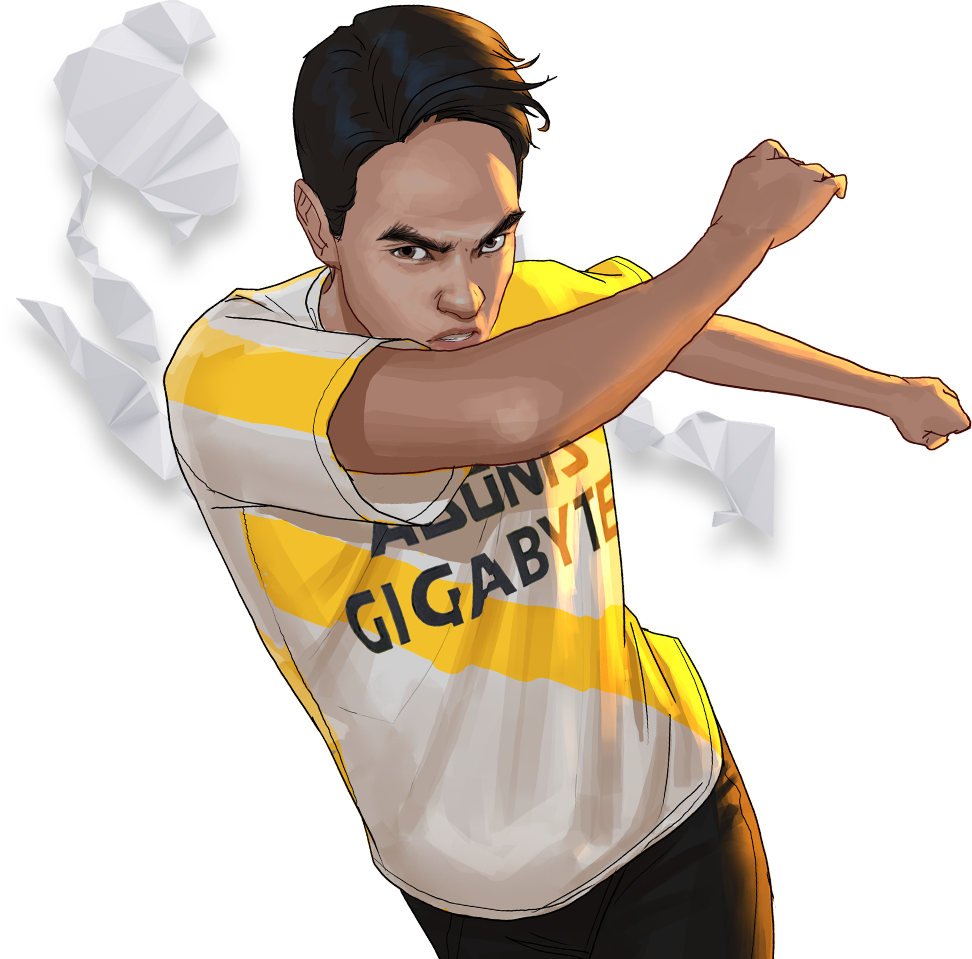 Sneaky is up this high because I watched him play PUBG once and thought he was pretty good. That kind of tense warfare is excellent training for the 1v1 tournament. This is also his first ASE, which is a little surprising given his success over the years. To me, he’s the consummate player you want at an event like this -- someone who’s both good and entertaining as a personality. Let’s just keep him mic’d up the entire time. 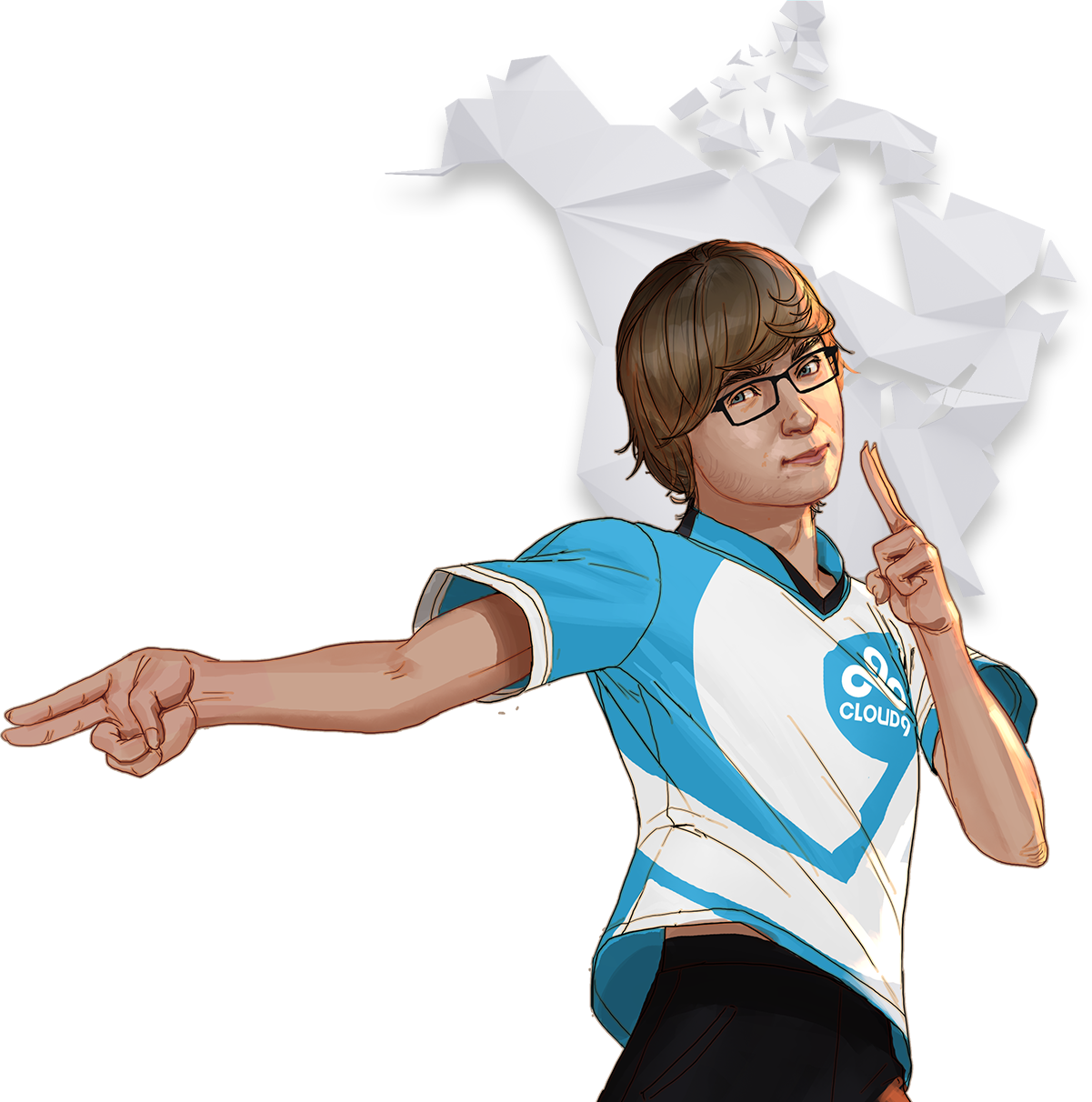 Joga Bonito is my favorite phrase I learned this year (it means to play beautifully). And brTT is synonymous with it. He grew up in PC cafes where people would fight over random Counter-Strike kills. There isn’t anyone who captures the Brazilian passion quite as well as him, and in the world of the 1v1, what matters most isn’t whether you win or not. What matters most is how much style you have. And brTT has hella sTTyle. 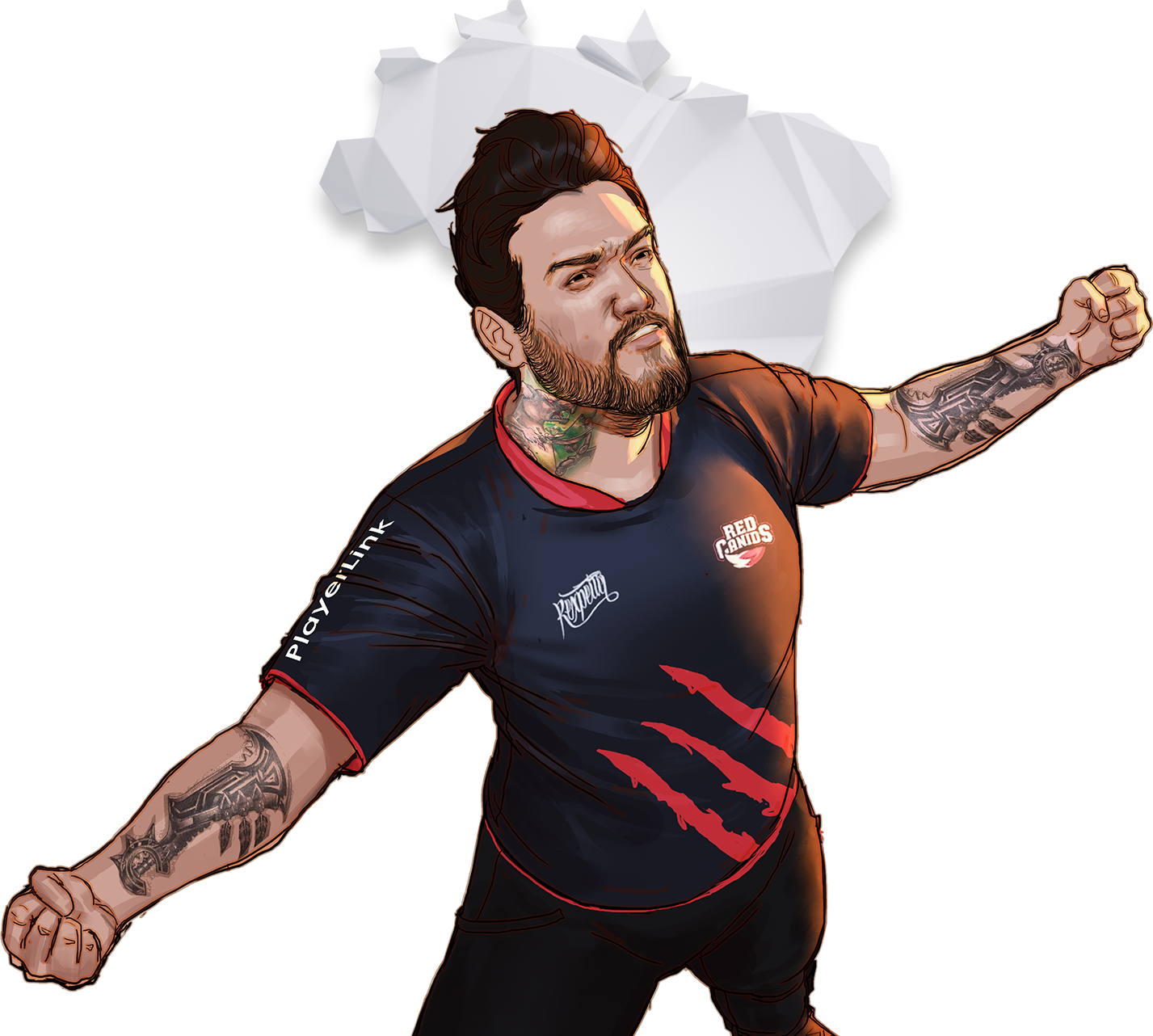 Faker delivered the most iconic moment in League of Legends history thus far at Worlds this year. Unfortunately, it was a shot of him languishing in defeat. That said, he’s still the consensus best player in the world, which has to count for something in the 1v1, right? He might also just disrespect his opponent entirely, though, like when he lost to support player Mata in the first round last year. Anyway, to continue our Worlds script, I thought it was fitting to place him 2nd. 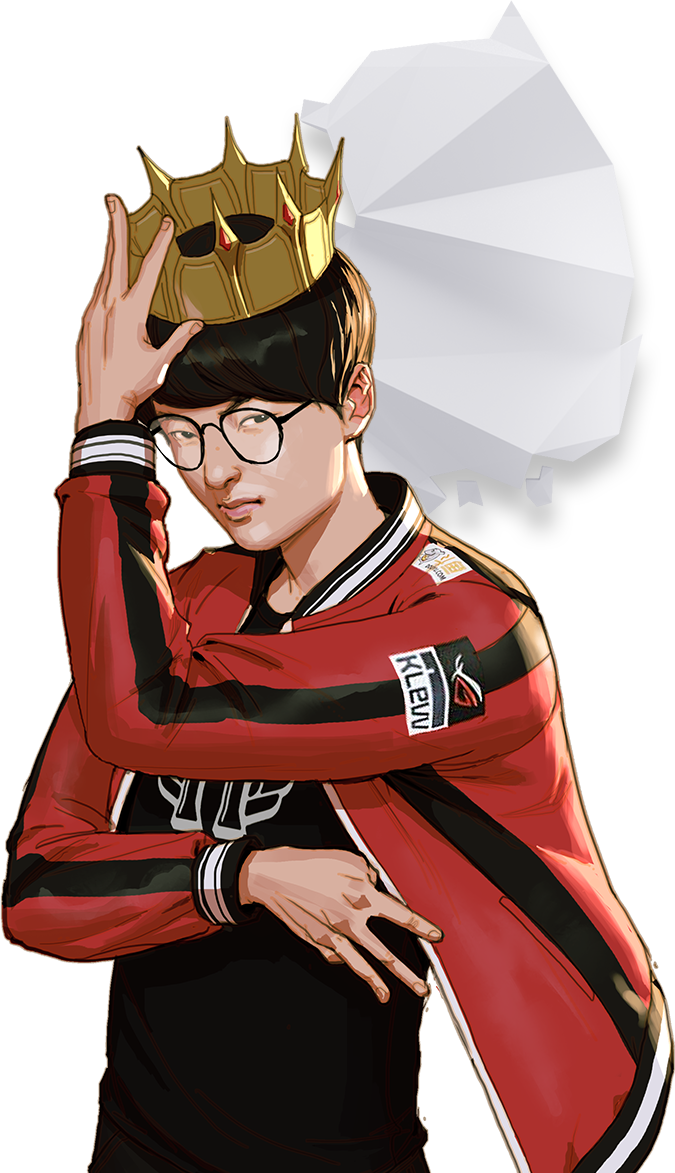 The reigning 1v1 champ returns to defend his title. It was earned through glorious combat, and I imagine he received many challenges in his solo queue journey this season -- especially from the “1v1 me bro” variety of players. Uzi took the tournament very seriously (maybe even too seriously) last year with the likes of Caitlyn, which certainly lacked in the meme department, but raised a lot of buzz around the actual strategy that goes into the tournament. Which is cool, I guess, but I hope he just instalocks Vayne every game this year. 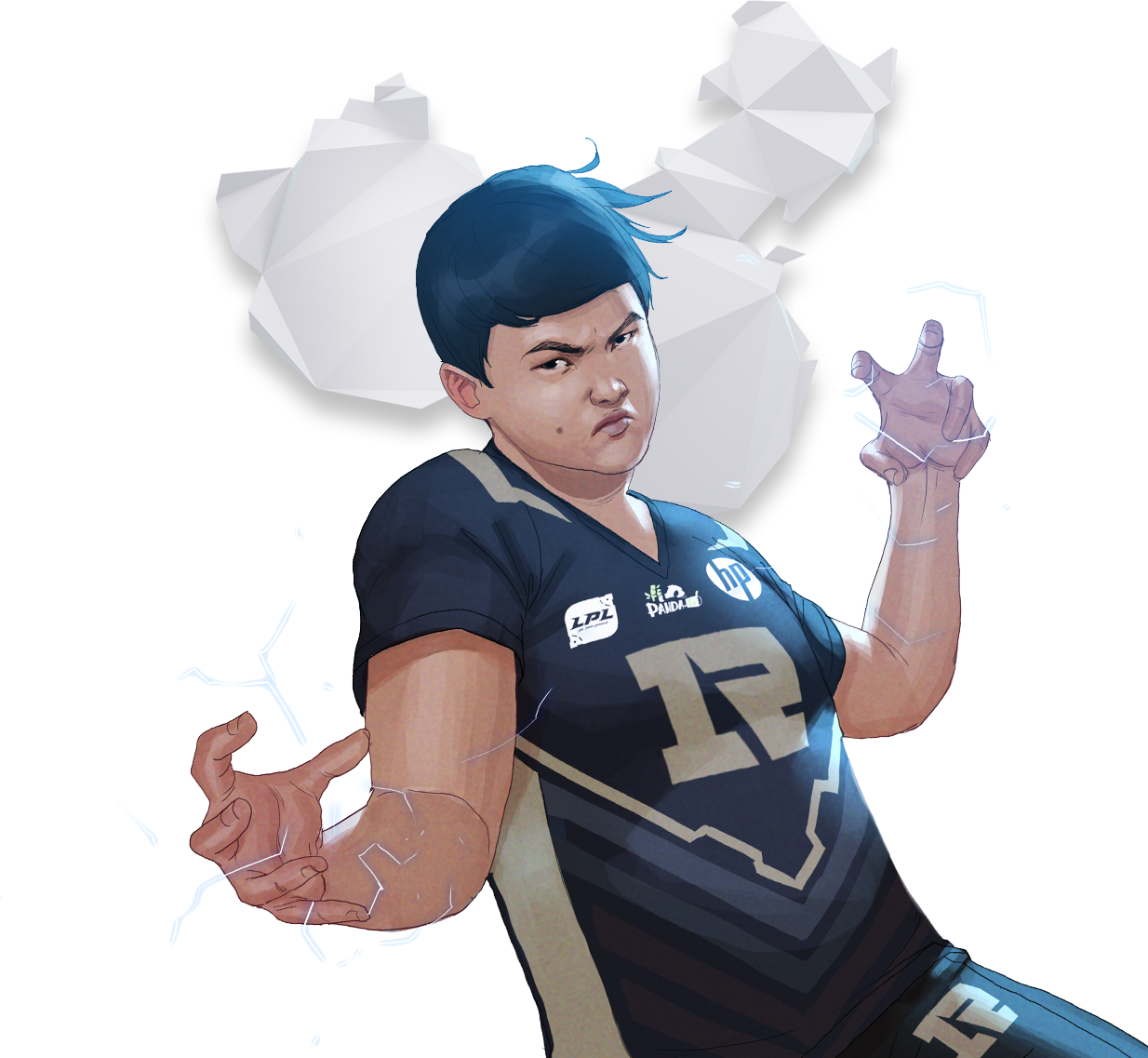 Mean Mister Kien
Kien Lam
@MeanMisterKien
Kien “MeanMisterKien” Lam is a writer for Riot Games and Lolesports. You can find more of his awful jokes on his Twitter @meanmisterkien.