Skip to content
“The chains are broken! The beast is free!”

With feet pounding down Zaun’s stone streets, Warwick’s prey flees in desperation. The scent of blood hangs in the air, guiding the beast to his quarry. All efforts to escape are in vain. In a flash of gore-soaked fur, Warwick strikes—and his target is dead in an instant. One vermin down, many more to go.

Warwick’s basic attacks deal bonus magic damage. If Warwick is below half health, the bonus damage heals him for the same amount.

Q: Jaws of the Beast

Warwick lunges forward and bites his target, healing for some of the damage dealt. Holding down the key locks onto the target, causing Warwick to leap behind them.

Enemy champions with less than half health leave behind a global blood trail leading to them and are Blood Hunted. Warwick has increased attack speed against Blood Hunted targets and massively increased out-of-combat movement speed when moving toward them. These bonuses are tripled against enemies with very low health. The attack speed bonus also works against neutral monsters.

The nearest enemy champion is Blood Hunted, even if they're full health. Blood Hunt’s active has a long cooldown, but cools down twice as fast while no enemies are being hunted.

Warwick takes reduced damage for a short duration. At the end of the duration—or if activated again—Warwick howls, causing nearby enemies to flee in fear.

Warwick leaps in a direction and suppresses the first champion he collides with, dealing damage and applying on-hit effects throughout the duration. The leap's distance increases based on Warwick’s movement speed, and he heals for all damage he deals during Infinite Duress. Warwick is immune to crowd control effects during the leap. 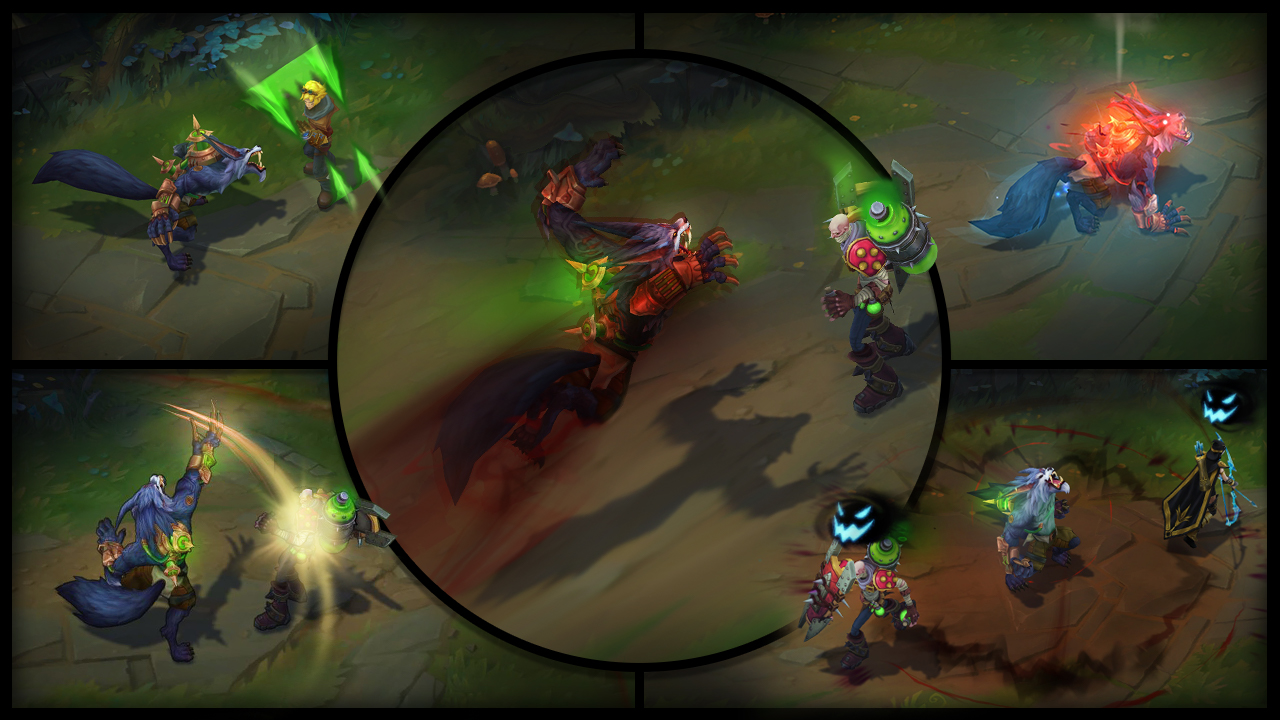 “He's still your go-to pooch if you’re new to the jungle, but he’s learned some vicious new tricks.”

Warwick is a relentless diver who excels at chasing down injured targets. He's still your go-to pooch if you’re new to the jungle, but he’s learned some vicious new tricks.

Warwick’s new kit trades reliability for flexibility so you have options beyond “ult a poor bastard and hope they die." Blood Hunt gives you the speed you need to corner your prey, trapping them while the rest of your pack moves in for the kill. Alternatively, you can flank, cut off an enemy's escape path, and clamp down on them with Jaws of the Beast. Or, you can always go with the straightforward method of throwing yourself at a target with Infinite Duress (although it can now be body-blocked or dodged).

If you spot a squishy, plunge in with Infinite Duress to lock them down, then unleash a Primal Howl to scare ‘em silly so you can finish the job. You can then make your escape, or move on to the next tasty meal. 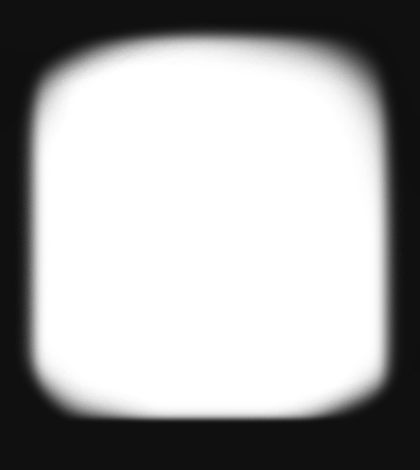 In fiction, werewolves tend to focus on taming or fighting the beast inside, clinging on to what humanity they have left. The new Warwick has very little of his original humanity remaining. He’s a beast embracing his newfound savagery.

“He is someone who in the past vaguely remembers doing good things, helping people, and it didn't work,” says narrative writer David “Interlocutioner” Slagle. “Zaun is so messed up that he couldn't make a difference.” His newfound power allows him to clean up the streets of Zaun through brutal violence. 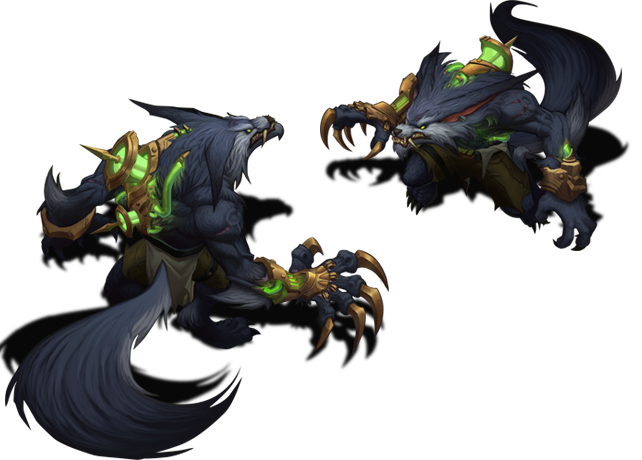 “Singed wasn’t trying to turn him into a wolf specifically—he was gene-splicing. He put all sorts of hyper-monster DNA in there, and the result is something more akin to a chimera.”

“Every werewolf has been done," says visual designer Larry "TheBravoRay" Ray. "I spent a lot of time thinking, ‘How can we make him our own?’" The solution TheBravoRay came to was to focus on the fact that Singed wasn’t trying to turn Warwick into a wolf specifically—he was gene-splicing. He put all sorts of hyper-monster DNA in there, and the result is something more akin to a chimera. Warwick has bat ears, a longer fox-like tail, and chemical machinery to tie him to Zaun.

So much of Warwick’s story is told through his visuals, particularly of his transformation and its effects: the hoses that are lodged in his body, the arm that was removed and replaced with badass metal claws, and that chemical chamber on his back. Warwick has scratched himself all over trying to remove the devices and all the tubes, but it’s too painful for him to claw them out. 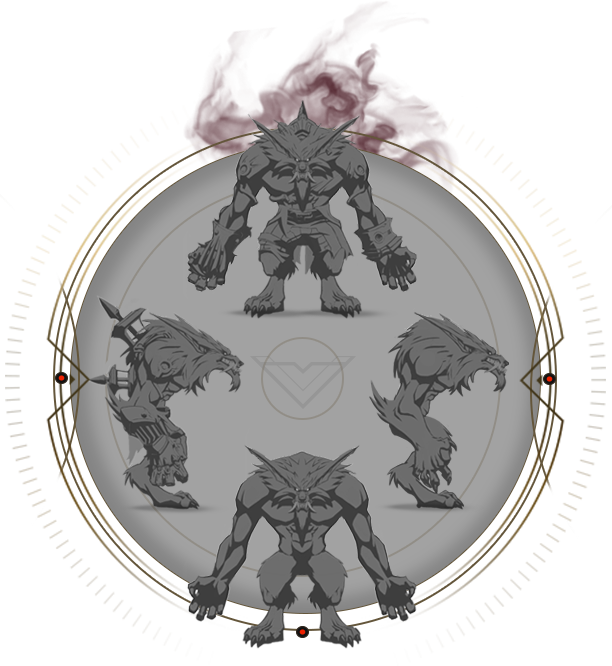 Warwick’s always been the go-to jungler for new players. He’s mechanically simple and stays very healthy in the jungle, but his gameplay pattern offers relatively little depth. Approachability is great, but you shouldn't be able to totally master a champ in a few games. This new Warwick isn’t a complete gameplay overhaul—more of a modernization.

“This is the first champion update where accessibility was a major goal,” says gameplay designer Bradford "CertainlyT" Wenban. Take Blood Hunt, for instance. Instead of forcing players to constantly toggle it on and off to avoid revealing their own location, it now globally reveals injured targets, and Warwick will see the scent of their blood as a trail leading toward them. This allows newer players who might be using a locked camera to understand what strategic options are available to them around the map.

“This is the first champion update where accessibility was a major goal.” - CertainlyT

When you play as the wolfman, it should feel good to lose control, to dive towers, and give in to your lust for blood. Playing as Warwick is all about embracing your inner savagery. “I had a Janna main in a playtest dive two towers deep trying to kill an enemy,” CertainlyT says proudly.

Warwick has all the right tools for that: massive movement and attack speed boosts, stickiness, and the ability to lock enemies down as you tear them to shreds. And as you’re hunting your target, you’ll notice Warwick stops talking. When he closes in on a wounded foe, he devolves into a pure, odious beast. And he only has one thing on his mind…