Skip to content
“They say I don't know when to quit.
Like that's a weakness.”
“Magic is supposed to be scary. Love is supposed to hurt. Ecstasy needs a little fear.”

Xayah huddled at a corner table, pretending to scribble notes on some old maps. A vastayan dancer across the bar captured the room's attention with a flamboyant performance, lulling the audience into an easy mood. Xayah made eye contact with the vastayan and nodded toward an Ionian soldier sitting in the back row. Time to move. The dancer flashed a knowing smile and leapt toward the soldier, letting loose a vicious kick. With bar-goers scrambling away from the brawl, Xayah surged across the room, hurling a storm of feathers. The soldier collapsed, and The Rebel's job was done.

All in the bar were captivated by Rakan's performance—all save one. Near the back of the dim-lit tavern, a silken-feathered vastayan woman stared into a spread of maps, ignoring her raucous surroundings. With a flourish of feathers, she lifted her eyes to meet his. She nodded toward an Ionian soldier in the back row, and Rakan smiled. It was time to really grab the spotlight. He dove off the stage, sliding across a bartop toward the soldier. With a stunning kick that sent the man flying through three tables, the Charmer's job was done. 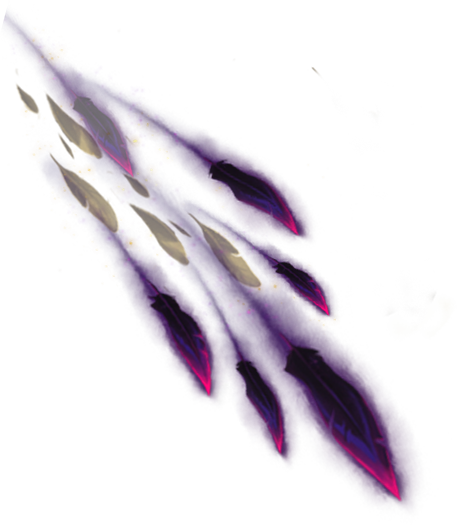 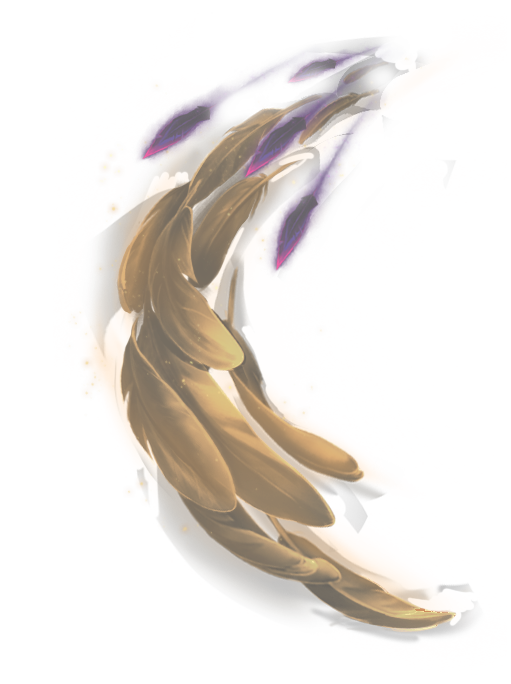 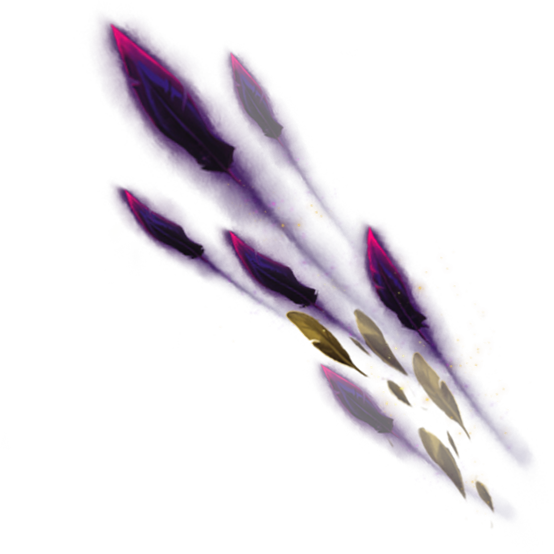 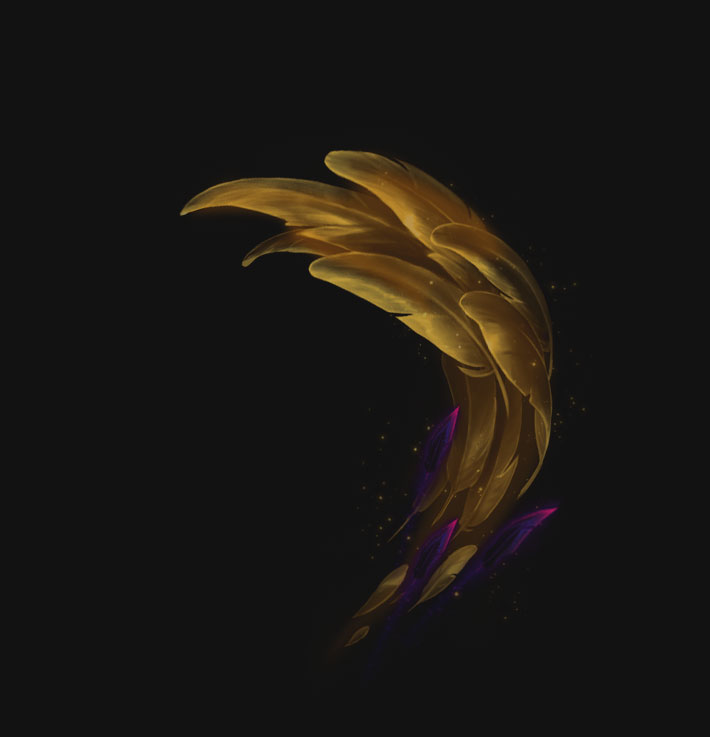 After casting an ability, Xayah's next few basic attacks will pierce through all enemies in their path (dealing reduced damage to all targets after the first). They'll also leave a feather where they land. Feathers remain on the field for a moderate length of time.

Xayah throws two blades in a line, damaging all enemies hit. The blades leave a feather where they land.

Xayah conjures a storm of feather blades that increase the strength and speed of her next few basic attacks. If Xayah attacks an enemy champion while empowered by Deadly Plumage, she'll gain a short burst of movement speed.

If Rakan is nearby when Xayah activates Deadly Plumage, he'll also gain the
ability's effects.

Xayah recalls all feathers, which deal damage to any enemies they strike on the way back to Xayah. If a target is struck by several feathers at once, they'll be briefly rooted.

Xayah leaps into the air, becoming briefly untargetable. After a short delay, she hurls a storm of blades in a cone, each of which deals damage to struck enemies and leaves a feather upon landing. Xayah may continue to move while airborne.

If either Xayah or Rakan is recalling, their lover can sync up with them, choreographing a perfect return to base.

Rakan’s coat occasionally generates a shield, even in combat. Rakan can reduce this ability's cooldown by attacking an enemy champion.

Rakan slings an enchanted feather forward. If it connects with an enemy champ or epic monster, it deals damage and Rakan’s cloak surges with magic. After a brief moment a heal triggers in the area around Rakan. The heal activates immediately if Rakan touches an ally.

Rakan leaps forward, landing (stylishly) at his destination. He then pauses for dramatic effect before launching into the air and knocking up nearby opponents.

Rakan leaps to an ally’s side, shielding them from harm. He can cast Battle Dance again for a few seconds after, even on the same target. If Xayah’s the target, Rakan rushes to her aid from an increased distance.

Rakan breaks into a sprint, enchanting his coat and captivating his audience. While The Quickness is active, Rakan charms and damages all enemies he touches (works once per champ). The first champ he touches grants him a huge burst of movement speed.

If either Xayah or Rakan is recalling, their lover can sync up with them, choreographing a perfect return to base. 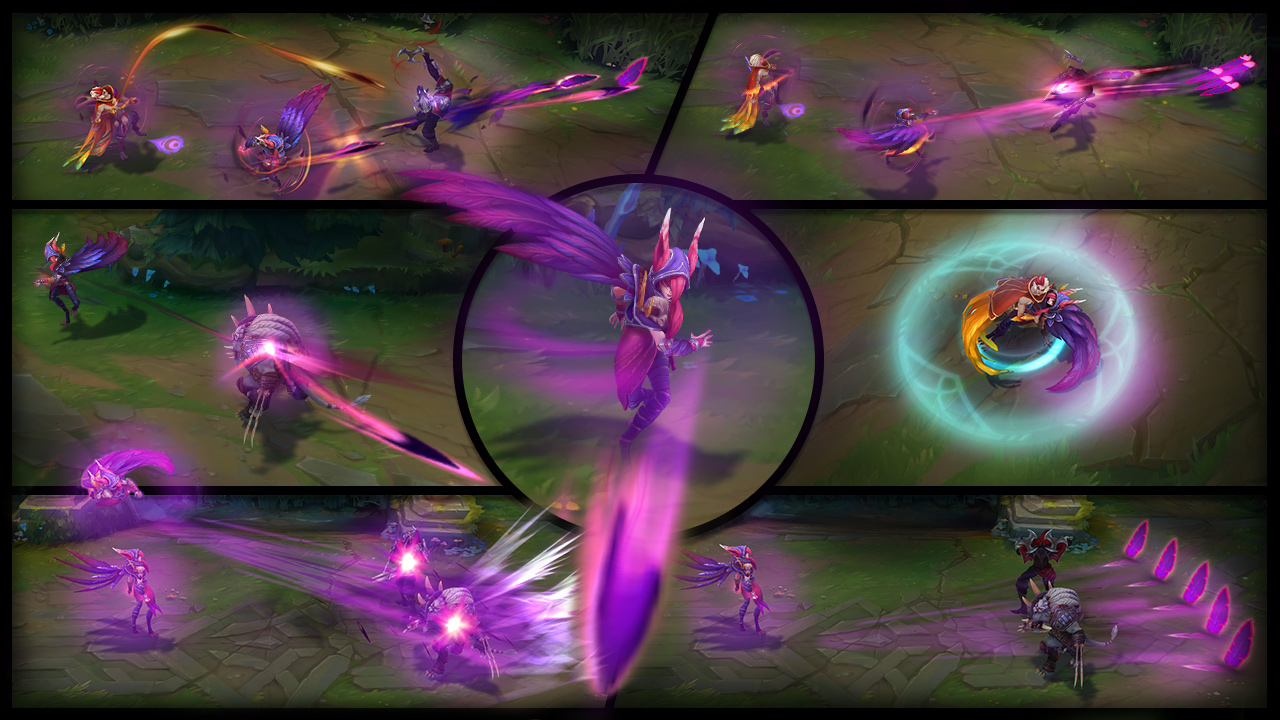 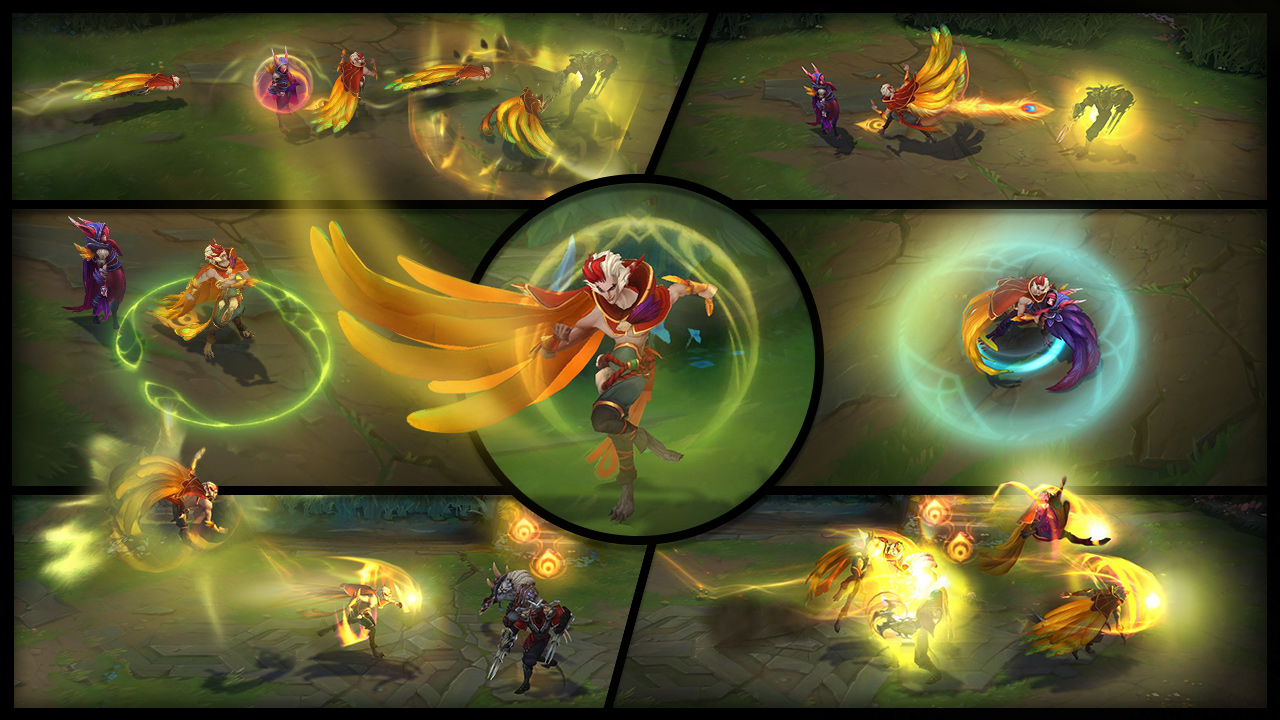 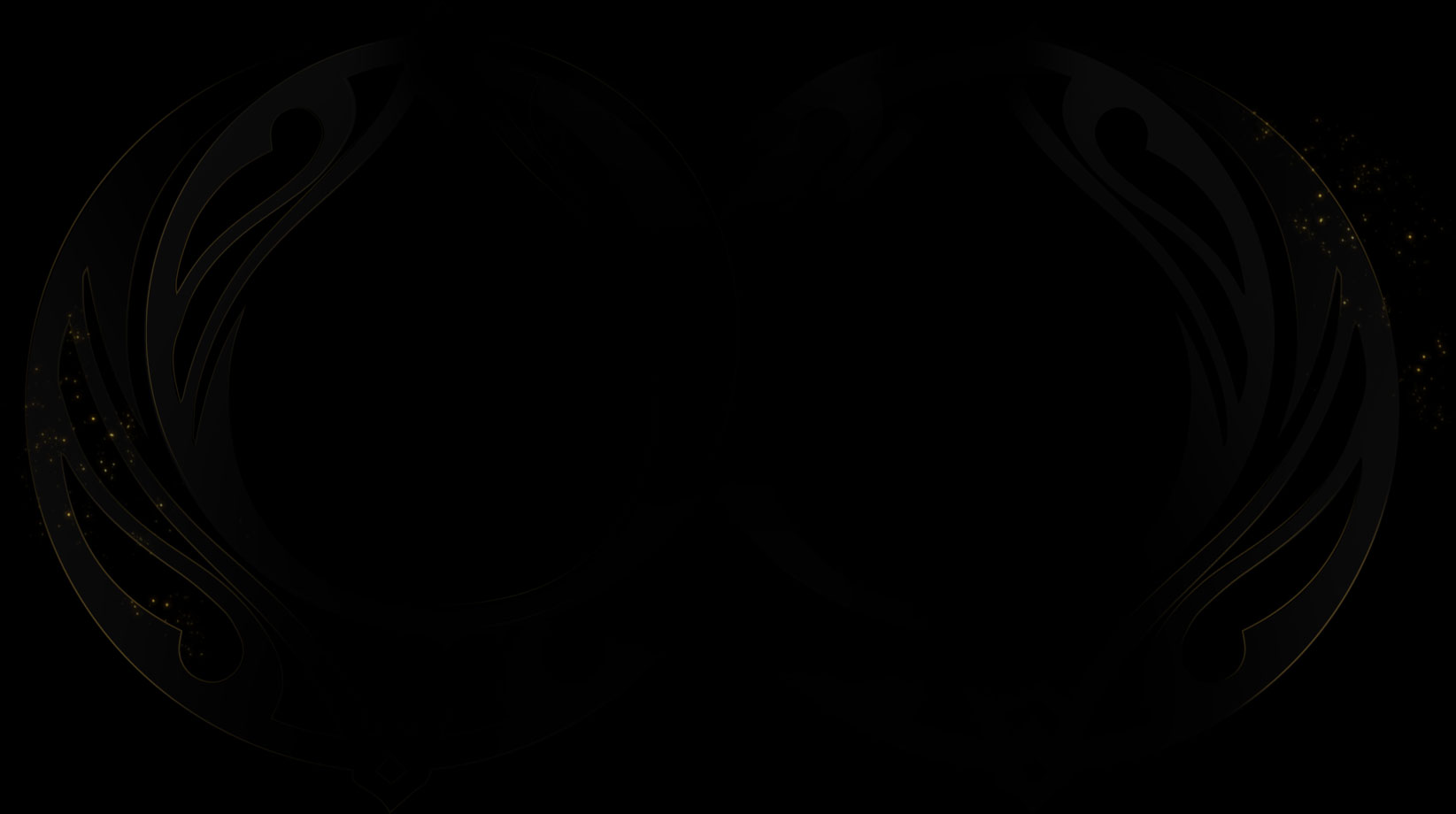 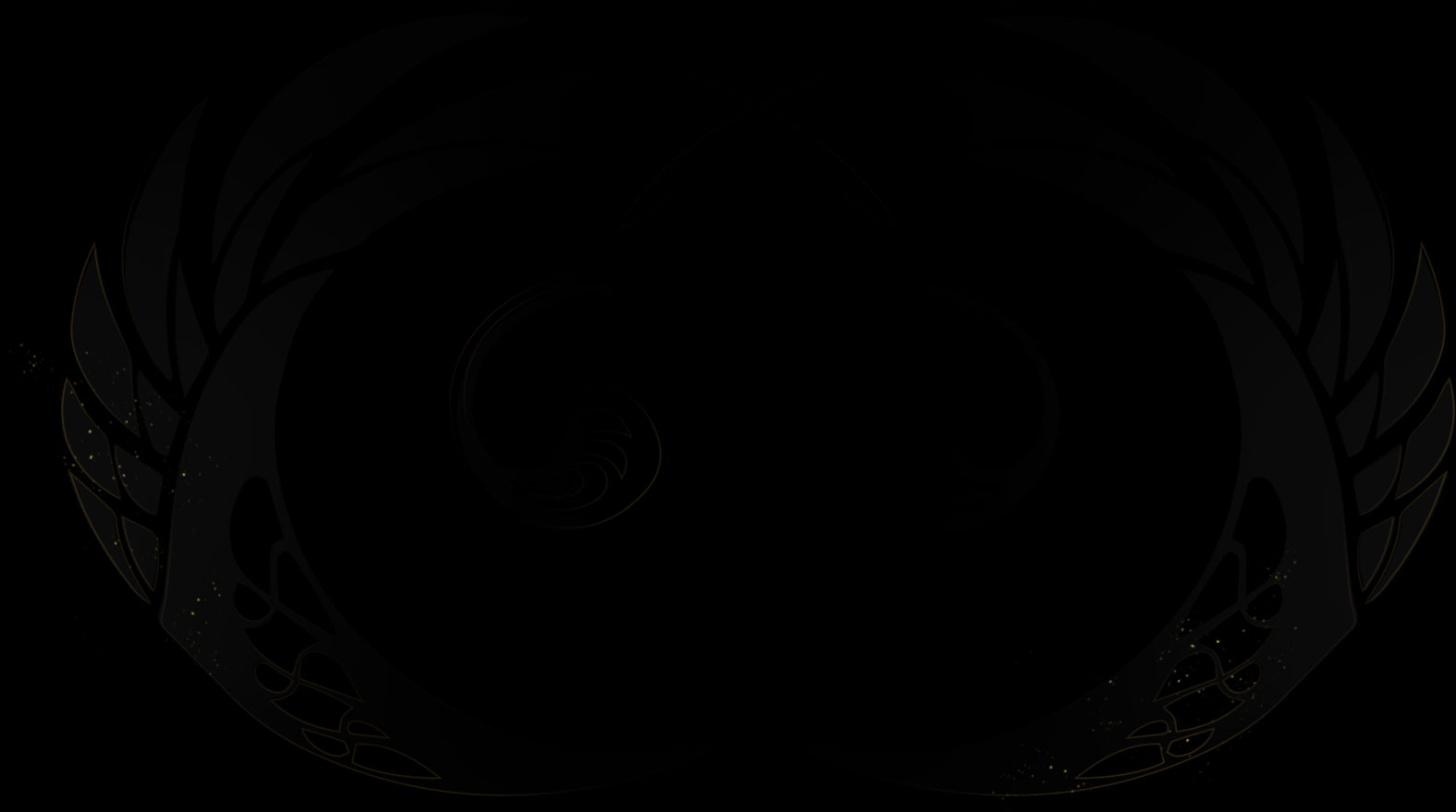 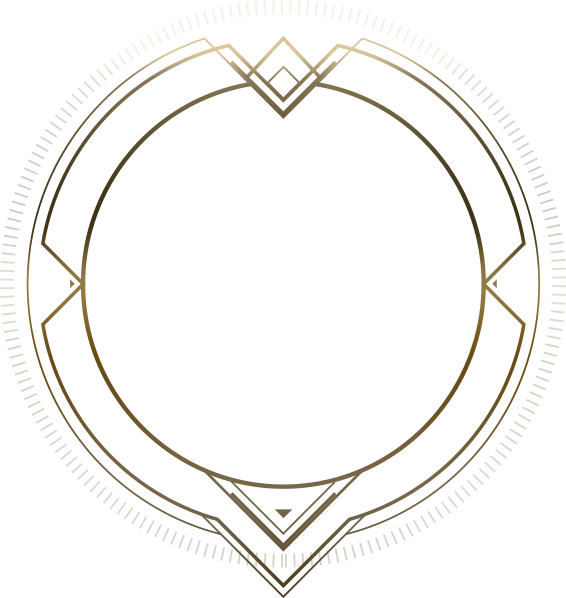 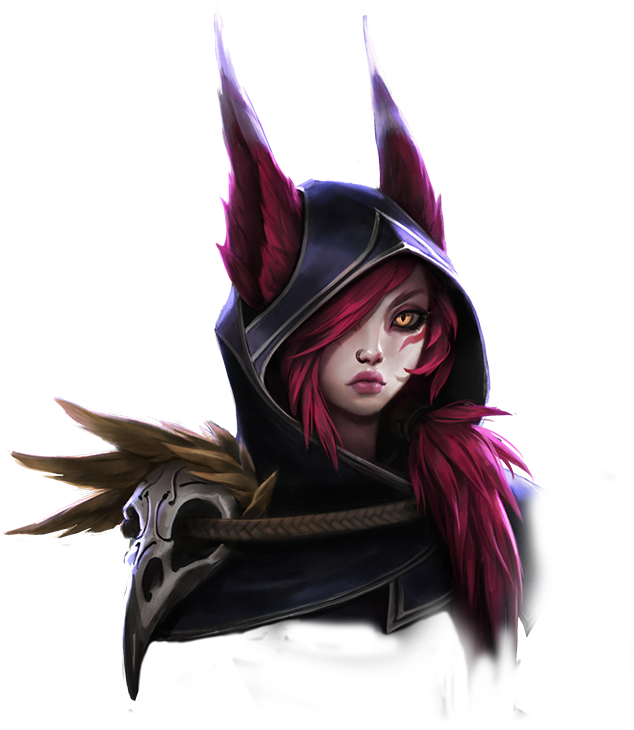 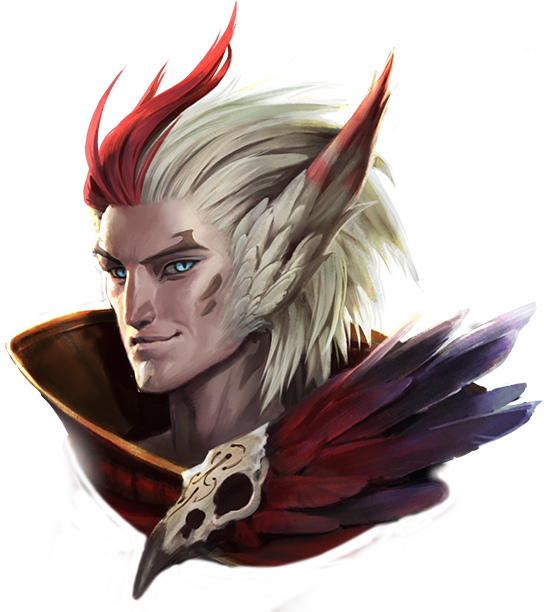 “Anyone chasing Xayah in a straight line is just asking to get stuffed by Bladecaller.”
“Rakan works best as a lovable distraction, leading his opponents in a deadly dance.”

Some ADCs can charge straight into combat and start blowing stuff up, but Xayah works best if you take some time to create a game plan. Smart Xayah players will use minion waves to plant fields of barbed feathers, daring opponents to step within their range. When the battle begins, the Rebel gracefully flits around the outskirts of the conflict, slicing up targets with Double Daggers and using her feathers to create a zone of control.

When the fighting gets hot, Featherstorm can save Xayah from the mayhem or smother her enemies. The best Xayah players will use her ult to achieve both at once, using the brief untargetability to dodge an enemy ultimate while also surging forward to spike with knives and feathers. If Xayah's good, you won't notice her at all—until, suddenly, she's swooping in for the kill.

Rakan is an extremely mobile support, darting in-and-out of danger, disrupting enemies and buffing allies with an assortment of shields and heals. Rakan works best as a lovable distraction, leading his opponents in a deadly dance.

Rakan players should share his love of the spotlight, and prepare for a mechanical challenge if they want to perfect each charm, heal, knockup, and shield. Every encounter is a new dalliance with danger, and none take it less seriously than Rakan. 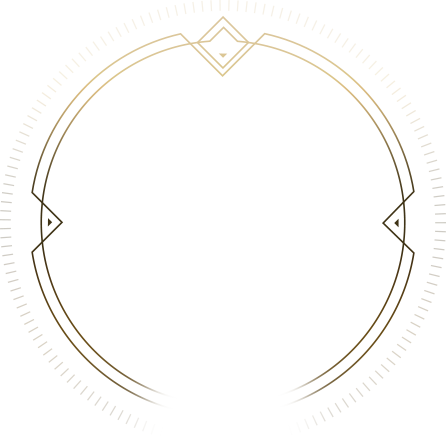 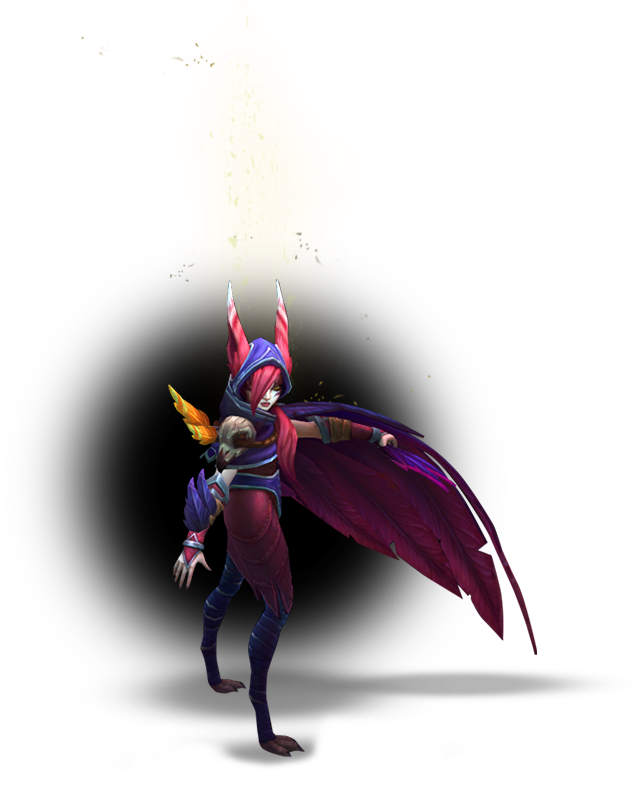 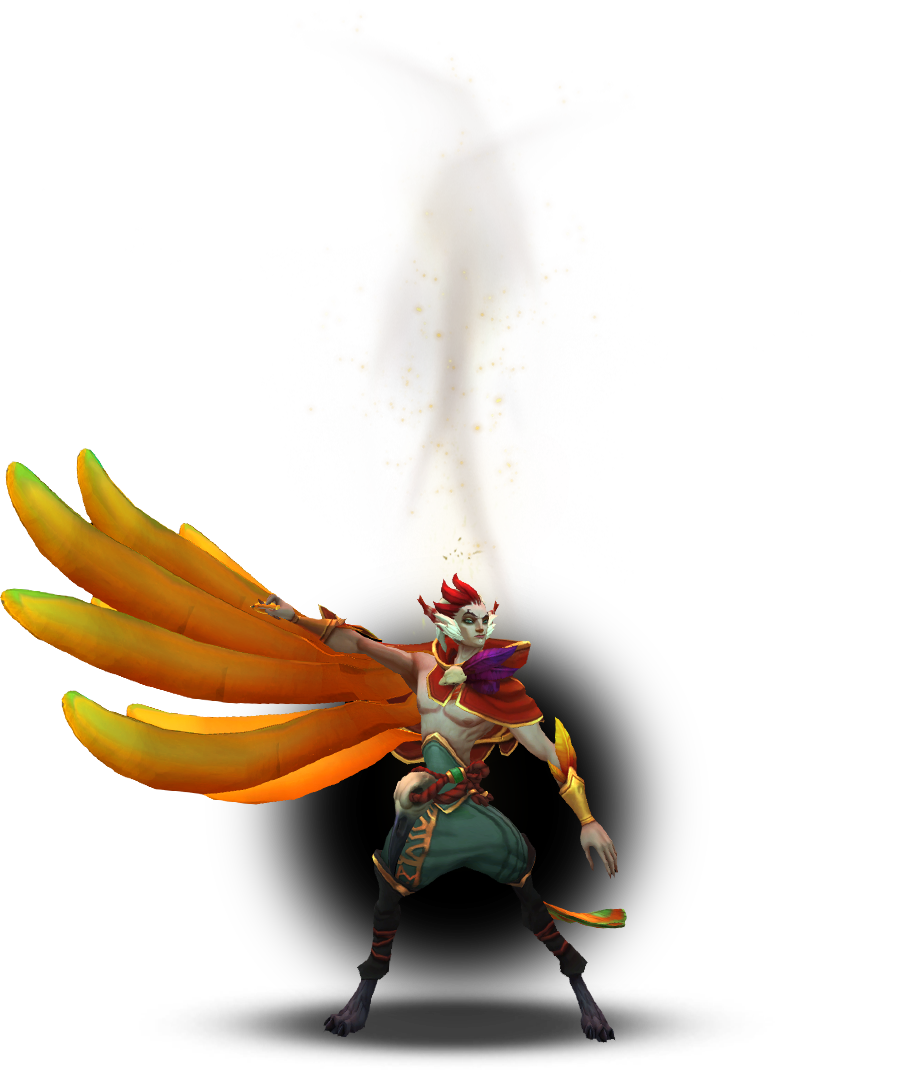 Xayah can quickly Clean Cut through whole waves of minions, shredding their ranks with a single auto. This ability works much the same way in teamfights, where Xayah can punish enemy backliners with feathery shrapnel while focusing on wearing down frontline tanks.

When a bad guy comes after Xayah and Deadly Plumage activates, she becomes the undisputed queen of kiting. With her basic attacks leaving feathers in her wake, anyone chasing her in a straight line is just asking to get stuffed by Bladecaller. If they're still hungry for poultry after that, they've gotta fight through a raging Featherstorm before finishing off the Rebel.

Rakan pairs best with a marksman in botlane. His finesse in a fight keeps enemies in suspense and off kilter while he sets up his play. Rakan pokes from a distance with Gleaming Quill, but longs to make a Grand Entrance, shooting in and knocking up enemies. But as quick as you like, a rapid Battle Dance rockets him to a safe distance before the baddies even hit the ground. Pocketing movement items like Talisman of Ascension doubles down on Rakan’s natural strengths, and a tank item or two helps him escape his escapades.

Rakan knows there’s no such thing as being fashionably late, rather there are only fashionable entrances. Much like an assassin, Rakan waits for the perfect moment to explode on the scene and charm the pants off the enemy team. His cleanest combo is lunging into the mix with Grand Entrance and rushing around a fight with The Quickness, charming foes to clear the path for his team’s damage dealers to mop up. Rakan can even flip his own script and turn his ult on before dashing in, charming foes right into the knockup from Grand Entrance.

“Xayah works best when she's safely behind Rakan (or any other support), letting them tank any unwanted attention.” 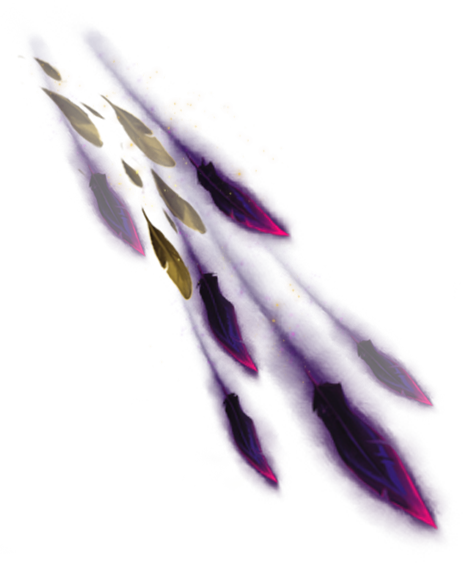 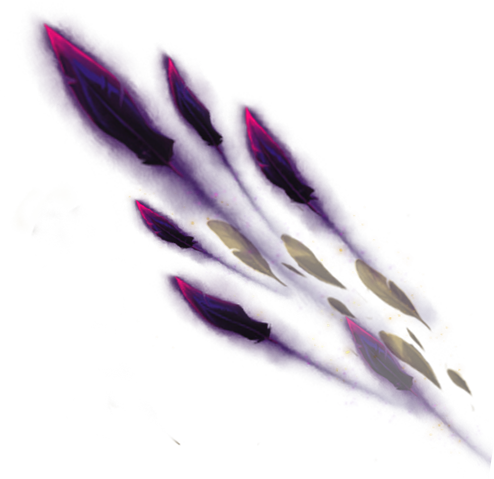 “Much like an assassin, Rakan waits for the perfect moment to explode on the scene and charm the pants off the enemy team.” 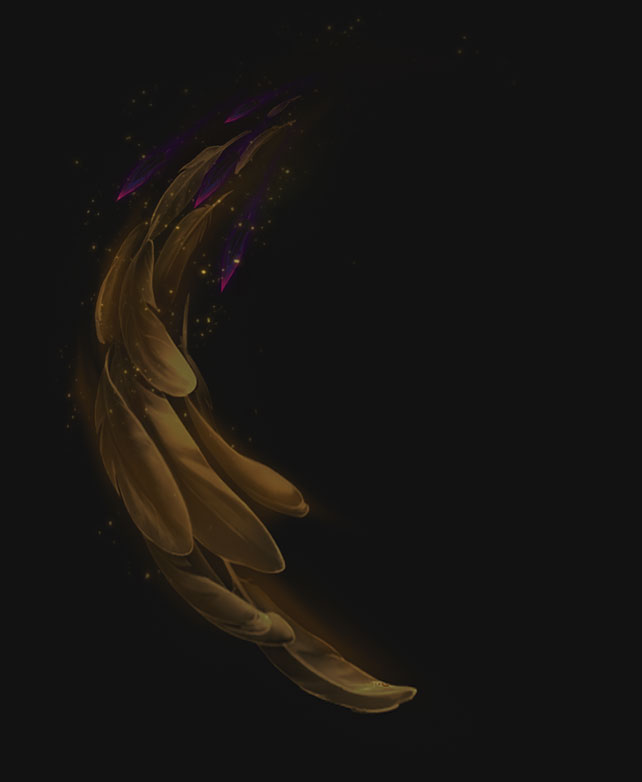 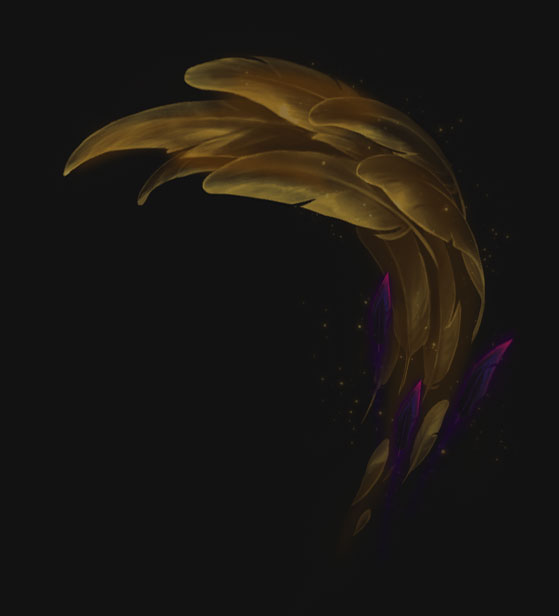 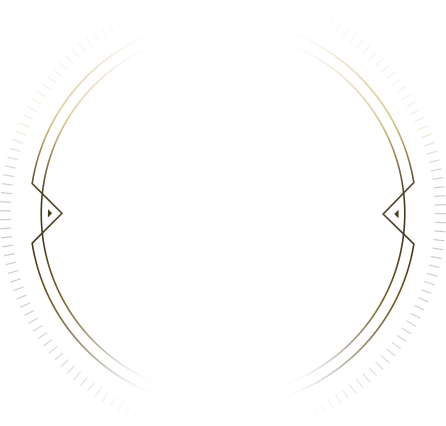 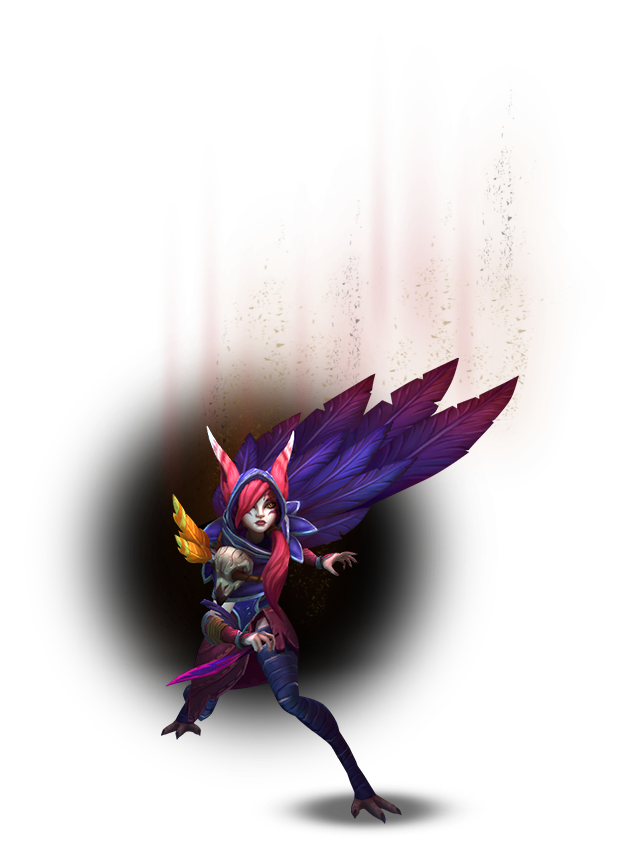 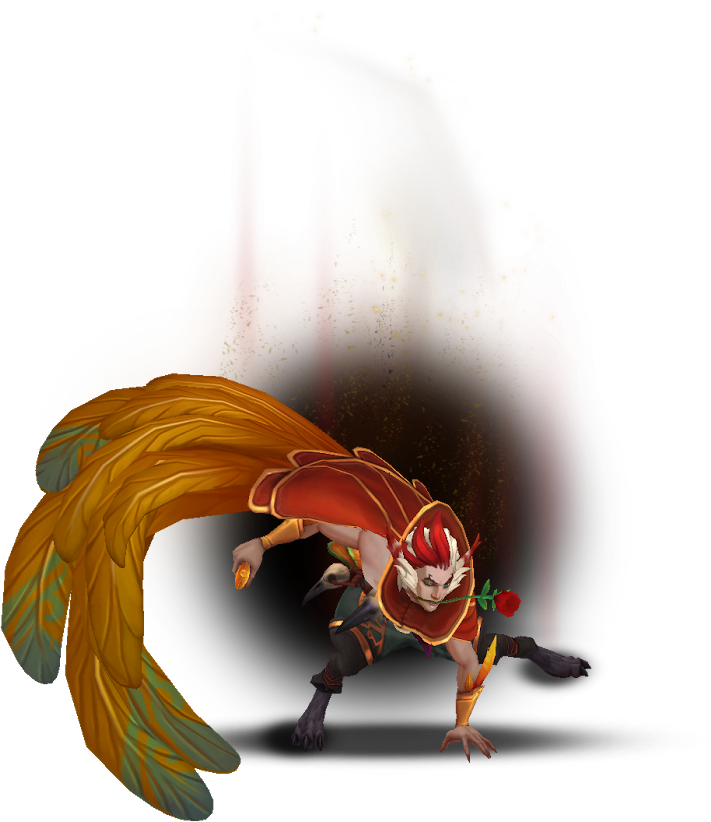 Because her feather traps take time to set up, Xayah isn't as great as other ADCs at capitalizing on enemy mistakes and catching opponents off guard with a first strike. She prefers carefully preening her lane with feathers, waiting for an aggressor to make the first move.

Xayah's lack of mobility forces her to lean heavily on Bladecaller for self-peel, and any champ that can avoid the stun will find it fairly easy to stick to her. The Rebel works best when she's safely behind Rakan (or any other support), letting them tank any unwanted attention.

In keeping with most supports, Rakan deals more in disruption than damage, and needs backup to win fights. But even then, his powerful ult requires him to run straight into the enemy team, making for a precarious pirouette that Rakan won’t survive without careful execution.

Again, like assassins, Rakan’s in for a bad time if the bad guys manage to collar him with hard crowd control. His dance card can be called even earlier if Rakan’s in the mix by his lonesome, meaning he can’t Battle Dance away from the enemy team. This is the essential test at the heart of Rakan’s capers: sure he can blitz in, but mamboing out of the melee separates the Rakan’s from the Rakant’s.