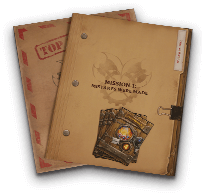 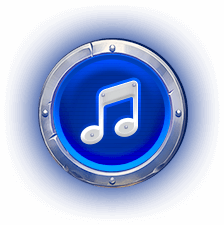 What kind of game is Mechs vs Minions?

Mechs vs Minions is a fully cooperative tabletop game for 2-4 players. Using programmatic movement from a shared draft, teammates will grow in power as they face off against armies of marauding minions.

Is there some kind of story?

Is an Ultra-Mega-Powerful Flamespitter hot? Yes! Rumble has invited Heimerdinger, Tristana, Corki, and Ziggs to his soon-to-be-mega-prestigious school. Without giving away too much, things quickly go sideways, and the Yordles are forced to work together to fight off the minion menace. Each mission is unique—with different challenges and objectives—as you fight through the story-driven campaign.

What’s in the box?
The box includes five game boards, four command lines (one for each player), four painted mech miniatures, ability and damage decks, a sand timer, a bomb-like power source miniature, 6 metal trackers, 4 acrylic shards, 4 dice, and 100 minion miniatures. There also appears to be some large object trying to get out of that sealed box...
How long is the campaign?

There are ten missions in total, and each individual mission will take about 60-90 minutes.

When & where can I purchase Mechs vs Minions?

You can find Mechs vs Minions exclusively on the Riot Games Merch Store starting on 10/13/16 11AM PDT.

How much does it cost?

Mechs vs Minions is $75 USD plus shipping and handling (depending on your country).

What languages is Mechs vs Minions available in?

MvM is available in English, German and Simplified Chinese, with hopes to expand to more languages in the future!

What do I do if I lose a piece from the game?

Turns out manufacturing a board game has some unique challenges. We’ve spotted a couple of opportunities to add further clarification to the rules—these will be updated in future print runs. But in the meantime, if you have any gameplay questions, look below. Caution: there may be some minor spoilers…!

Minion Movement:  Minions prioritize movement along the Blue/Green axis - preferring to always travel towards their objective unless that direction is blocked or unless the Blue/Green axis no longer brings them closer (and then they travel down the red/yellow axis).  When two minions might try to enter the same space, start by moving the minions closest to the objective.  In the case that two minions are equally close, the minion furthest along the Blue/Green axis goes first.  In the rare event that they’re still tied, the first player chooses which minion to move first.

Escalation: When timing the draft, the Zhonya’s Minute Glass only applies to picking your cards.  You may program or scrap cards at your leisure after time has run out. And since placement of cards technically occurs after the draft round is complete, in a two or three player game, you can decide the order in which you place your cards when you have drafted two.

Towing: If you have moves left after towing, you must use them. When mechs tow or are towed onto oil slicks, they slide as normal with the towed object following behind to rest in the oil. You can even tow with a Haywire Control damage card…!

Minion Assault: When Minions reach the center Map Tile, they are limited to moving only 1 space (even if you roll red and regardless of the escalations).

Rune Shields: Place a Rune Coin on each Rune on the Gear Tracker to keep track of which shields are up! Remove the coins as Rune Shields are disabled, and replace them when the Rune Shield is reactivated.

Boss Movement: The Boss stomps Minions flat if it moves onto them. Count these kills on the Minion Kill Tracker! Also, the Boss ignores Oil Slicks. And if the boss must move toward a certain player and two options are available, the first player gets to choose the route he takes—both directions are eligible as long as he’s moving closer.

Compass: In the setup, rotate the compass 90 degrees so that blue-green is “up-down” the long axis of the map.

Schematics: The “Tech Support” schematic has two different costs on the front and back of the card. The accurate cost is ‘7’.